Mayan Tree Chopping May Have Worsened Droughts, and Contributed to The Civilization's Demise 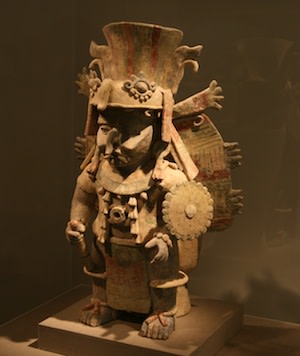 they mete out, and the fires fed by dry conditions

, have effects that last long after rain returns. These events may even have civilization-destroying powers: although doubts remain

, many researchers consider drought one of the leading contributors

to the collapse of the Maya. And a new study published in Geophysical Research Letters

finds that by cutting down forests, Mayans may have directly contributed to the droughts that brought about the downfall of their society. Like modern civilizations, Mayans felled trees in order to harvest the raw material and clear land for cities and crops. Researchers modeled how this deforestation affected local climate conditions with computer simulations. Cleared land absorbs less solar energy, which means it releases less moisture to contribute to rainfall. By comparing untampered or regrown forest to reconstructions of the tree cover during Mayan occupation, researchers found that razed land could have reduced annual rainfall by 5 to 15 percent. This means that of the estimated drought during the height of Mayan civilization, 60 percent of the rainfall decrease was likely due to deforestation. The finding is particularly sobering because today, climate change may be making droughts more common

. Will these dry spells impact us the same way that deforestation-induced droughts affected the Maya?