Man's Greatest Crimes Against the Earth, in Pictures

Humans rule the world … and destroy it in the process. 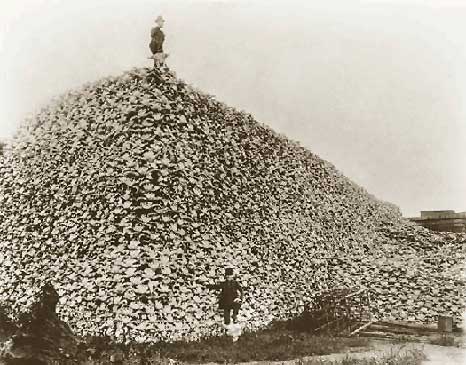 These images are a reminder of the devastating impact that human activity can have on even the farthest reaches of the planet. They convey the scale and sadness of nine enviro-disasters, both past and ongoing.

A product of U.S. Army-sanctioned mass slaughter of American bison in the 1800s, these bison skulls are waiting to be ground for fertilizer, most likely in the American midwest. The slaughter was so "effective" that the population of bison in the U.S. is estimated to have dropped from around 60 million in 1800 to as few as 750 in 1890. 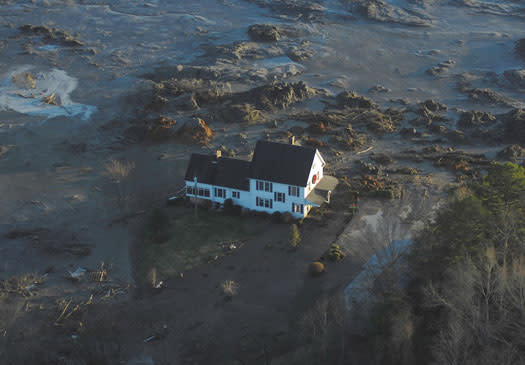 More than 1 billion gallons of toxic sludge were released into a Tennessee community when a dam collapsed last December, causing a massive coal-ash spill at the Kingston Fossil Plant, a coal-burning power plant owned by the Tennessee Valley Authority.

Coal ash is known to contain dangerous elements including arsenic, lead, and selenium, yet the TVA refused at first to issue any health warnings about contamination from the spill. The agency, which weeks later admitted prior leak problems at the plant, also refused initially to declare as uninhabitable the houses in the area, like the one pictured here, that were physically relocated by all the sludge. 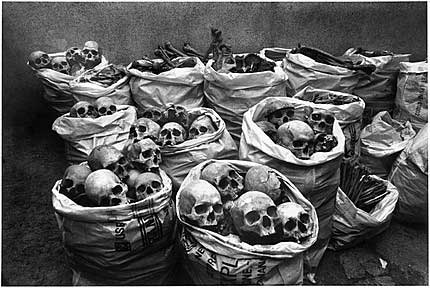 More than 40 tons of methyl isocyanate spilled from a Union Carbide-owned pesticide factory in Bhopal, India, in 1984, killing more than 20,000 people in the world's worst chemical disaster. After the spill, these skulls were researched, presumably for the specific effects the gas had on the brain, at the nearby Hamidia Hospital. The chemical injured not only the people who inhaled it, but also nearby animals (at least 2,000 of them) and trees, whose leaves went yellow and fell off within days.

Twenty-five years later, with people still claiming injury from the disaster yet little corrective action having been taken, the government of India has called for a study into the long-term effects of the spill. 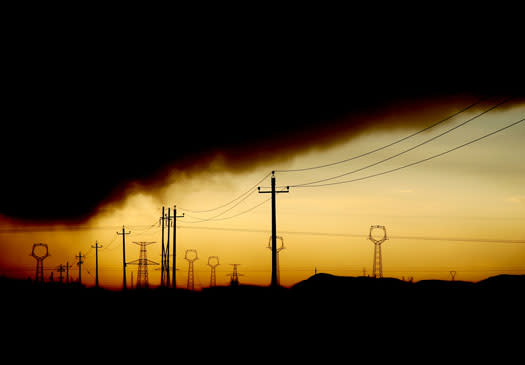 China's economy has exploded in recent years; so has its pollution problem, leaving no aspect of the country's environment unaffected. Solid waste often lacks proper disposal, waterways have been polluted, and the air quality has plummeted, largely due to the coal-fired power plants that serve as the country's primary source of energy.

Environmental degradation has gotten so bad that the Chinese government, which doesn't easily take--or allow--criticism, has admitted that birth defects in the country have increased as a direct result of it, particularly in coal-producing regions like the north, where this picture was taken. 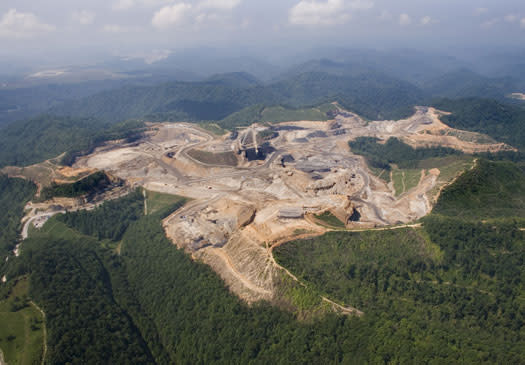 Mountaintop removal is just what it sounds like: Explosives are used to blast away the tops of mountains to get at the coal reserves that power companies want for producing electricity. The mountain is first deforested (since no vegetation will survive anyway), the topsoil removed, and the "overburden" is dumped into neighboring valleys, damaging nearby streams and rivers.

Practiced mostly in the Appalachian Mountains, where at least one million acres have been devastated to date, mountaintop removal is controversial because of its often irreversible effects on the environment. 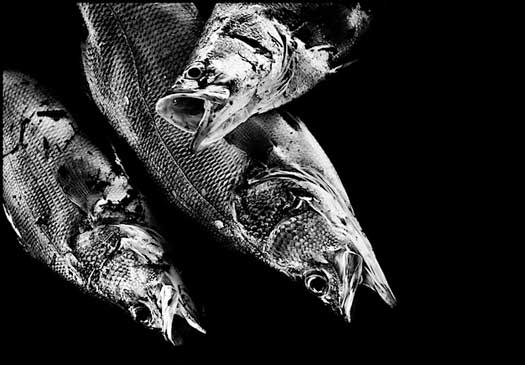 One of the 100 most invasive species in the world the Nile perch was introduced to East Africa's Lake Victoria in the 1950s, and has wreaked environmental havoc ever since. It's illegal to possess or sell in some parts of the world, and is thought to have caused the extinction or endangering of hundreds of native species in Lake Victoria.

After the fish eliminated much of the algae-eating population, the lake became choked with algae. The perch has also increased local demand for firewood, because their higher fat content drives people to smoke them rather than dry them. Adult perch can grow to weigh more than 440 pounds, and are fierce predators that feed on insects, crustaceans, and other fish--even those of its own species.

Pictured here are dead Nile perch on a butcher table waiting for transport to local markets. 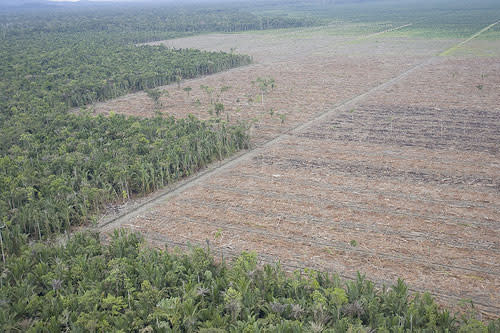 Indonesia is home to the world's third largest tropical forest, but it's disappearing quickly. Though often illegal, the forests are cut down both for a booming pulp and paper industry as well as to clear land for oil palm plantations, which supply diverse industries from biofuel to soap to cosmetics.

Because of deforestation, Indonesia is also the world's third largest greenhouse gas contributor, behind only the U.S. and China; after the forest is cut down, the carbon normally sequestered in the peatland soil is no longer shielded from being released into the atmosphere. 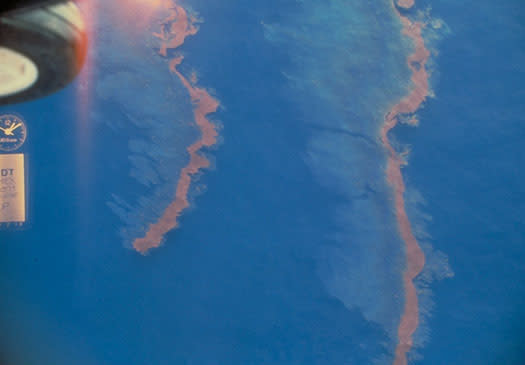 The Ixtoc I exploratory well suffered a blowout on June 3, 1979, in Mexico's Bay of Campeche, 600 miles south of Texas. The well was not brought under control until the next year, by which time 140 million gallons had spilled into the bay. The only larger spill occurred during the 1991 Gulf War, when Iraq dumped--deliberately--up to 462 million gallons of oil into the Persian Gulf. 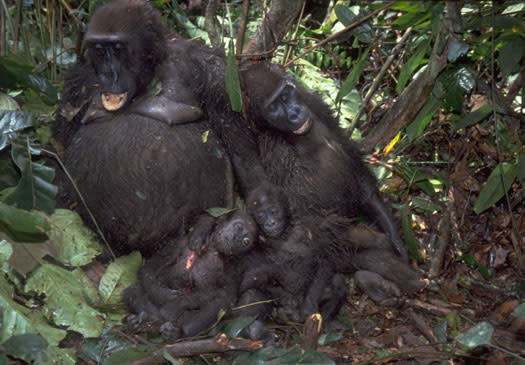 Animals from primates to snakes are valuable commodities in the thriving, albeit illegal, worldwide trade of bushmeat, defined as wildlife killed either by commercial or subsistence hunters. With one million tons of bushmeat taken from African forests every year, the already endangered gorilla population--a primary victim of the trade--is in dire straits.

This photo shows a gorilla family in southeast Cameroon (minus the alpha male silverback, who managed to get away) that had been slaughtered in their nests by a bushmeat hunter early one morning.