Look At This: A Space-Eye View of Colorado's Burn Scar 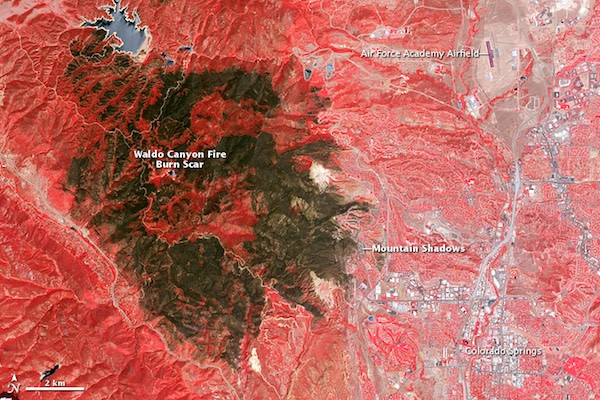 Colorado’s Waldo Canyon forest fire spread over almost 30 square miles, forced the evacuation of more than 30,000 residents, and destroyed 346 homes, more than any other fire in the state's history. NASA’s Terra satellite snapped this visible and infrared image of the devastation while the fire was still burning but had been mostly contained. In the photograph, vegetation shows up as red, partially burned areas look light brown, and severely burned ones are dark brown. The image shows the extent of the fire’s reach, the damage it inflicted on the Mountain Shadows neighborhood, and just how close it was to the Air Force Academy and Colorado Springs. [via Gizmodo