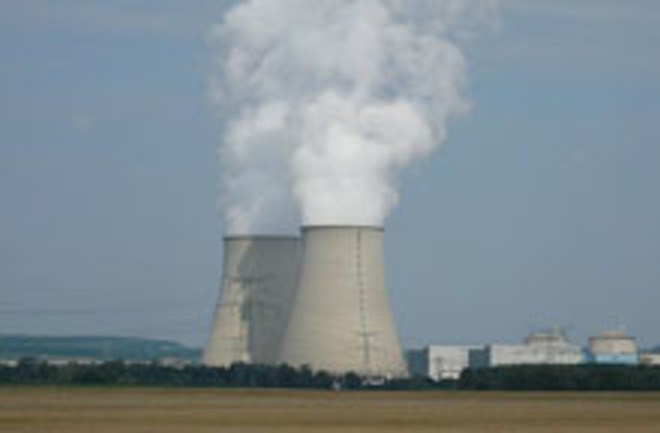 Uranium leaked from a reservoir at a French nuclear power plant earlier this week, contaminating two rivers near the town of Avignon. People in nearby towns have been warned not to drink any water or eat fish from the rivers since Monday’s leak. Officials have also cautioned people not to swim in the rivers or use their water to irrigate crops [BBC News]. In response to the leak, the French nuclear safety agency ordered the plant to shut down temporarily while it improved safety measures.

The incident sparked a national outrage in France and angered residents and environmental organizations, and distrust has grown after officials downplayed the seriousness of the event. The mishap also has the potential to make people and countries that are now re-embracing nuclear power have second thoughts [Spiegel].

Nuclear energy has recently been promoted by politicians all over the world; presidential hopeful John McCain and the government of Italy have both proposed building new nuclear reactors, and French President Nicholas Sarkozy announced plans for a new reactor just last week. Even some environmentalists have grudgingly declared that nuclear power plants, which don’t emit greenhouse gases, could help replace the coal-fired power plants that are major contributors to global warming.

But some French environmentalists say the response to this week’s accident shows that the nuclear power industry still has to clean up its act. Wastewater containing unenriched uranium spilled from an overflowing reservoir on Monday night, but the incident was only reported to the [nuclear agency] eight hours later, drawing sharp criticism from green groups. The affected residential areas were only informed [in the afternoon] on Tuesday [Reuters].

French officials have tried to reassure the public, saying that the leaked material was not radioactive, although it was toxic. French Ecology Minister Jean-Louis Borloo said on Thursday that there was “no imminent danger” to the local population. Socrati has said tests of the groundwater, local wells and the rivers show they have not been contaminated [BBC News].