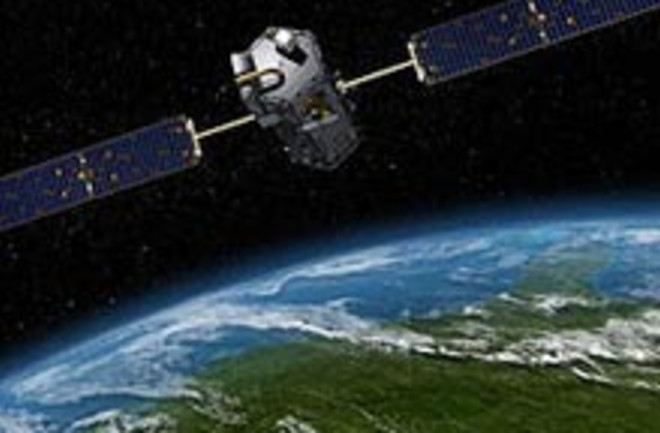 The launch of the first satellite dedicated to studying carbon dioxide levels in the atmosphere has failed, NASA is reporting. Says NASA spokesman Steve Cole:

“The mission is lost.... At this point no one is exactly sure what the cause is” [Bloomberg].

"Several minutes into the flight of the Taurus rocket carrying NASA's Orbiting Carbon Observatory spacecraft, launch managers declared a contingency after the payload fairing failed to separate," the space agency said in a statement [Reuters].

The fairing is a clamshell-like structure that shelters the payload as the rocket screams upward through the atmosphere. The Taurus XL is the

smallest ground-launched rocket currently in use by the US space agency. The rocket has flown eight times, with two failures including this launch.... The four-stage Taurus XL rocket is manufactured by Orbital Sciences Corporation, based in Virginia [BBC News].

UPDATE at 10:30 a.m. EST: An official from Orbital Sciences explains that because the protective fairing didn't detach, the rocket wasn't able to reach orbit.

"As a direct result of carrying that extra weight we could not make orbit," said John Brunschwyler, the Taurus program manager with manufacturer Orbital Sciences Corp [Reuters].

Instead, the rocket and satellite probably splashed down in the Pacific Ocean near Antarctica. NASA will convene an investigative committee to determine the exact causes of the malfunction. The satellite was intended to measure levels of atmospheric carbon dioxide, the leading greenhouse gas driving global warming. It would have investigated how much carbon dioxide is absorbed each year by the planet's forests and oceans, a question that climate scientists are eager to answer as they struggle to predict the future impacts of global warming.