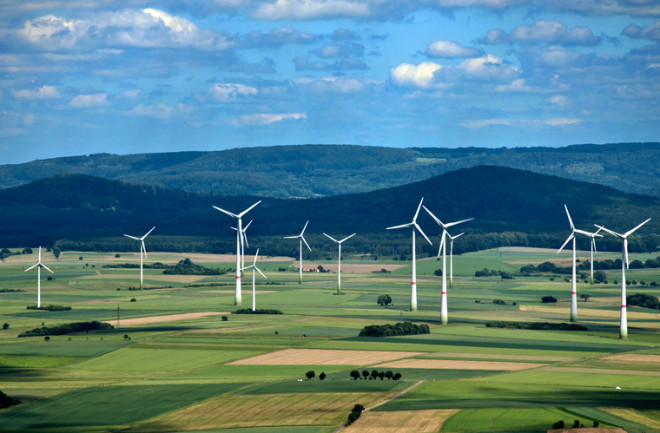 If we humans want to slow down global warming due to carbon emissions, clean energy is the way. But, as with all things, there are cons to go along with those pros. New research reports that installing large-scale wind farms across the country could raise the temperature of the continental United States.

The study, published in the journal Joule, is based on mathematical modeling done by experts at Harvard University. First, the team created a climate baseline; they used a standard weather forecasting model for 2012-2014. Then, they tweaked the model to see what would happen if wind power became a key player in helping us cut carbon emissions. In the model, that meant about one third of the continental U.S. was covered with turbines.

This degree of coverage, according to the researchers, would lead to a 0.24 degree Celsius increase in temperature. That’s because these turbines alter the flow of the atmosphere, redistributing heat and moisture in the air, which can alter climate. Plus, it could take at least a century for the benefits we’d reap from wind energy to offset this uptick.

Even though it’s a drop in the bucket compared to the levels of warming fossil fuels will cause, it’s still something to consider, especially compared to other options for clean energy. “This work should not be seen as a fundamental critique of wind power,” says David Keith, one of the paper’s authors, in a press release. “Rather, the work should be seen as a first step in getting more serious about assessing these impacts.”