An exceptionally warm spring has led to the early arrival of cherry blossoms in Japan, causing researchers to draw patterns between local temperature increases and global warming. 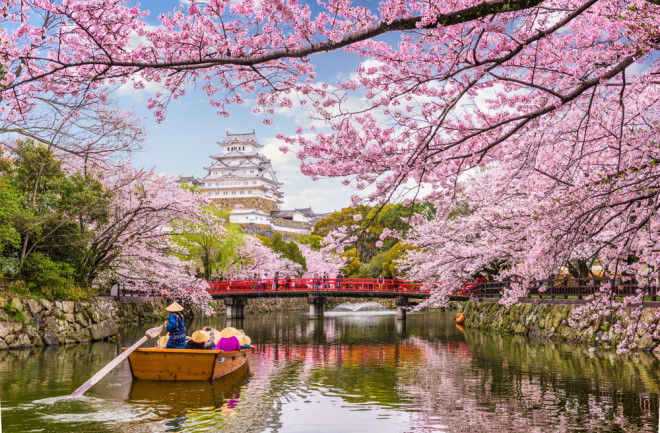 Each year, the arrival of spring in Japan is accompanied by rows of breathtaking pink and white flowers. The cherry blossoms, also known as Sakura, have drawn countless tourists during its blooming season which typically lasts from mid-March to early May. Tokyo is packed with tourists during its peak bloom period in mid-March, while northern cities like Kyoto don’t witness the full bloom until April.

This year, spring came early as cherry blossoms across cities in Japan that typically had a late bloom peaked early. Topping the list was the ancient capital of Kyoto, which reached peak bloom on March 26. Records indicated this was the earliest peak date the city had seen in over 1,200 years. Because the blossoms have traditionally signified the emergence of spring, scientists fear that their early bloom may be linked to climate change.

Celebrating cherry blossom season is a Japanese tradition that dates back centuries. The cherry trees have important ties to Japan’s history and culture with the bloom symbolizing human life and transience. Because the bloom is brief, the blossoms are thought to signify the fleeting beauty of the living. The practice of celebrating cherry blossoms started between A.D. 794 to 1185, but has become popularized in the recent decades. Today, tourist flock to Japan to take part in flower watching parties and witness the beauty of the flowers.

The cherry trees have also found their way to the U.S. capital. In 1912, the trees were planted in Washington D.C. as a gift symbolizing the friendship between the two countries.  Centuries later, the bloom is still celebrated in the U.S. in harmony with Japan.

Rising Temperatures and an Early Bloom

Kyoto has faced an exceptionally warm spring this season. According to the Japan Meteorological Agency, March temperatures have risen from an average of 47.5 degrees Fahrenheit in 1953 to 51.1 degrees Fahrenheit in 2020. The cherry blossom season has also shown a trend of occurring earlier in recent decades, causing scientists to pinpoint to climate change as the possible culprit.

This long-term trend of increased temperatures and an early flowering was explored in a study published in the journal Biological Conservation. Researchers examined records of cherry blossom festivals celebrated in Kyoto from as early as the ninth century to pinpoint what the climate was like historically. The findings revealed that a combination of climate change and urbanization can cause plants to flower earlier within the city environment. Increased temperatures happen because of the global burning of fossil fuels, a leading cause of climate change, combined with the enhanced urban heat island effect, which occurs when a city experiences warmer temperatures than nearby rural areas. The result is an early spring, which causes the cherry blossom season to also begin earlier.

Kyoto isn’t the only area undergoing this change. Tokyo hit peak bloom on March 22, the second-earliest date in recorded history. Across the seas in Washington D.C., the cherry trees reached their peak bloom on March 28, about six days sooner than they did a century ago. Similar to Japan, the weather in the U.S. capital has also shown a pattern of warmer springs with a 2.88 degrees Fahrenheit increase in the last 100 years.

The early blooms have captivated the interests of climate activists and researchers across the globe that view it as another indicator of climate change. And as the years progress, more data might come out from the Japanese Meteorological Agency, as they're continuing to monitor the weather conditions during cherry blossom season.