Is It Wednesday? Better Bring an Umbrella.

Afternoon thunderstorms are more frequent in the middle of the week. 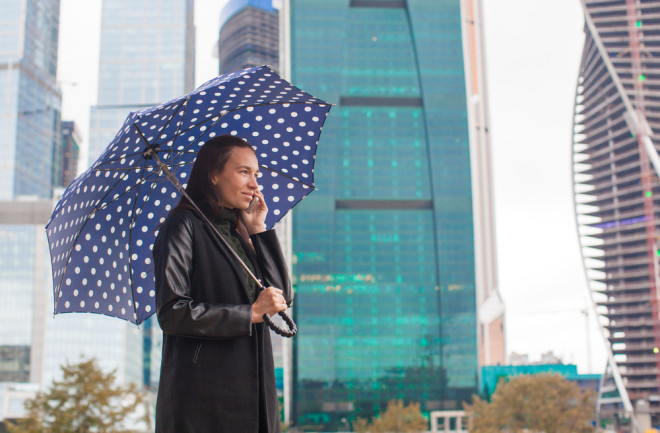 It turns out that weather in the Bible Belt observes the Sabbath, reports meteorologist Daniel Rosenfeld of the Hebrew University of Jerusalem.

According to his new analysis of rainfall measurements, afternoon thunderstorms—a staple of summers in the southeastern United States—are bigger, more intense, and more frequent in the middle of the week than on weekends.

This is due to microscopic particles of soot and other pollutants that heighten rainfall, Rosenfeld concludes. Particulate emissions peak in the middle of the workweek because that is when there is more traffic and higher demand for electric power, according to the Environmental Protection Agency (EPA). When Rosenfeld, Thomas Bell of NASA, and their colleagues compared the EPA’s numbers with data gathered by the Tropical Rainfall Measuring Mission satellite from 1998 through 2005, they found that afternoon rainfall in the Southeast even peaked at the same time in the afternoon.

The phenomenon can be understood through the action of water molecules, which condense to form liquid droplets by sticking to particles like dust and pollen. These days most of the particles in the air are man-made. “The same amount of water coalesces on a much larger number of particles,” Rosenberg says, “and so the drops are smaller.” Floating lazily on the air, the smaller drops collide less often, and thus it takes them longer to grow large enough to fall as rain.

In the Southeast air pollution that begins accumulating on Monday causes rainfall to, more or less, occur during the week, when there are the most particles in the air.

Pollution-seeded clouds may have worldwide effects across all kinds of weather—from droughts in the South due to less frequent rain to other, more severe storms. Rosenfeld and Bell say the next logical step is to determine whether these storms are also producing more tornadoes.