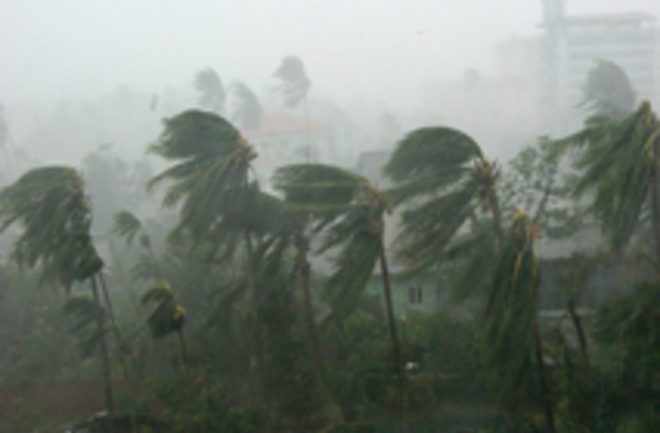 Natural disasters took a deadly toll in 2008, killing more than 220,000 people and causing a total of $200 billion in damages--a 50 percent increase in costs over 2007. A new report sums up the damages wrought this year by weather and geology; the deadliest disaster was the cyclone that battered Myanmar in May, killing an estimated 130,000 people and causing losses of $4 billion, and the costliest was the earthquake that struck China's Sichuan province, killing an estimated 70,000 and causing losses of $85 billion. The new figures come from an annual assessment of global damages by the reinsurance giant Munich Re, which

Munich Re has a financial interest in understanding global weather patterns, and board member Torsten Jeworrek says the uptick in losses from natural disasters is another indication that global warming is already having widespread effects.

2008 was the third most expensive year for natural disasters when the dollar amounts are adjusted for inflation, the report says:

This year sits behind only 2005 ($232 billion), with its record number of Atlantic hurricanes, including the devastating Hurricane Katrina, and 1995, the year of the earthquake in Kobe, Japan [LiveScience].

Rounding out 2008's slew of troubles were five major hurricanes that tore over the north Atlantic Ocean, including the powerful hurricanes Ike and Gustav, as well as roughly 1,700 tornadoes scattered across the United States. Munich Re's report points out that 2008 was the tenth warmest year on record according to the World Meteorological Organisation, which means that the 10 warmest years have all occurred in the past 12. Several recent studies have suggested that global warming may not be increasing the frequency of cyclones and hurricanes, but it is making big storms more intense. Says Munich Re earth scientist Peter Hoppe:

"The logic is clear: when temperatures increase there is more evaporation and the atmosphere has a greater capacity to absorb water vapour, with the result that its energy content is higher. The weather machine runs into top gear, bringing more intense severe weather events with corresponding effects in terms of losses" [BBC News].

The company believes that world leaders must put strict limits on greenhouse gas emissions to spare future generations from the wrath of even more destructive weather events. Related Content: 80beats: Global Warming Is Making Hurricanes Fiercer, and the Worst is Yet to Come 80beats: More Floods, Droughts, and Hurricanes Predicted for a Warmer World DISCOVER: Does Global Warming Really Boost Hurricanes?