In the Arctic Oil & Gas Lottery, Russia Looks Like a Big Winner 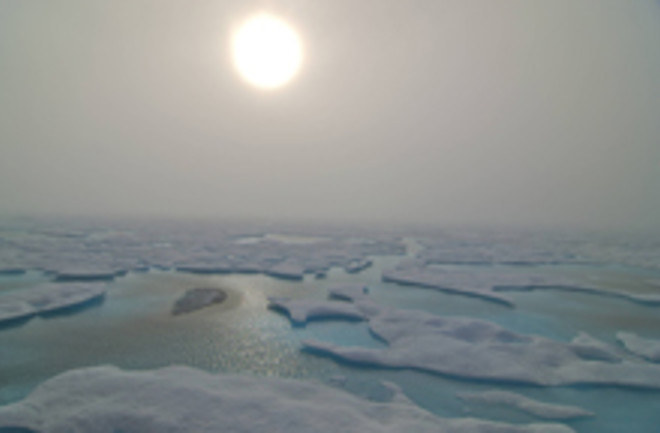 As global warming gradually melts away the sea ice in the Arctic Ocean, the oil and gas deposits buried in that inaccessible region are becoming a lot less theoretical to the five northern nations with claims to those riches. “For better or worse, limited ­exploration prospects in the rest of the world ­combined with technological advances make the Arctic increasingly attractive for ­development,” said Paul Berkman, … who specialises in the politics of the Arctic [The Guardian].Now, a new study has estimated how much oil and gas may lie beneath the Arctic seabed, declaring that it contains about 30 percent of the planet’s undiscovered natural gas reserves and 13 percent of its undiscovered oil.

Researchers estimate that the Arctic holds about about 83 billion barrels of undiscovered oil, but say that’s not enough to challenge the dominance of the oil-rich Persian Gulf states. Meanwhile, the researchers say that the Arctic’s estimated 1,550 trillion cubic feet of natural gas is concentrated in marine territory claimed by Russia, ensuring that Russia will continue to be the world’s largest producer of gas. “These findings suggest that in the future the … pre-eminence of Russian strategic control of gas resources in particular is likely to be accentuated and extended,” said Donald L. Gautier, lead author of the study [AP].

Russia has not been shy about pressing its claim to the polar region: In 2007 two Russian civilian mini-submarines descended to the seabed to collect geological and water samples and drop a titanium canister containing the Russian flag [AP]. The other four northernmost nations — Canada, the United States, Norway, and Denmark (via Greenland) — have also sought some jurisdiction over parts of the Arctic.

The new study sought to clarify what’s at stake at the top of the world. By mapping sedimentary rocks, which are the type most ­consistent with finding oil and gas, and comparing these rocks with proven fossil fuel deposits around the world, the researchers were able to ­calculate an assessment for the resources in the Arctic [The Guardian]. The study, published in Science, concluded that most of the Arctic’s oil and gas reserves are buried in underwater continental shelves that are less than a third of a mile deep, making drilling a real possibility.

But oil and gas companies are likely to encounter serious resistance from environmentalists. [C]onservationists warn that plunging drilling pads into the frozen Beaufort and Chukchi seas and in Bristol Bay could open the door to a catastrophic oil spill in one of the most fragile environments on Earth [Los Angeles Times].