In its latest report, the panel's working group outlines strategies to reduce greenhouse gas emissions — and paints a grim picture of the impact of inaction. 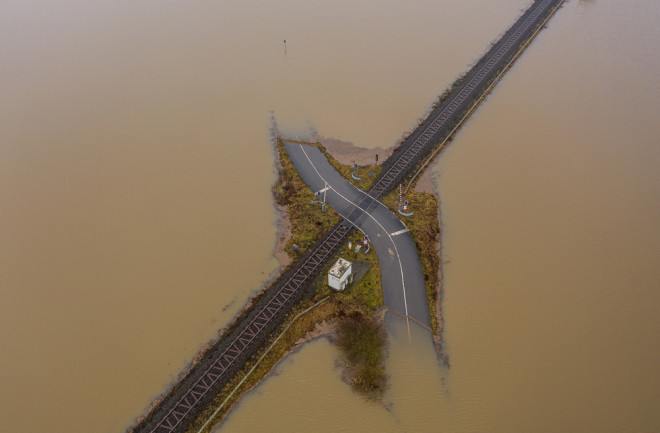 The Intergovernmental Panel on Climate Change (IPCC) released part three of its sixth assessment report Monday morning. Bolstered by an immense and growing body of scientific research, the message was clear: If humans are to avoid climate catastrophe, we need to make big changes now. The consequences of inaction are growing by the year.

“The jury has reached a verdict and it is damning,” U.N. Secretary General Antonio Guterres said at a press conference on Monday. “Major cities under water, unprecedented heat waves, terrifying storms, widespread water shortages, the extinction of a million species of plants and animals — this is not fiction or exaggeration. It is what science tells us will result from our current energy policies.”

Parts one and two of the sixth assessment report dealt with the physical science of climate change and impacts, adaptation and vulnerability, respectively. The latest addition is concerned with mitigation — how can humans reduce atmospheric greenhouse gas concentrations in the coming years.

Though the report does not paint a rosy picture for the future, there is reason for hope. If we are able to drastically reduce emissions before 2025 and reach net-zero emissions by the early 2050s, global warming could be limited to 1.5 degrees — the target set by the Paris Agreement. Realizing this scenario will require a coordinated effort by governments, markets, industries and citizens around the globe.

In contrast, if existing global climate policies are not strengthened and built upon, the IPCC projects global average temperatures will rise to 3.2 degrees above pre-industrial levels by 2100. This level of warming is almost certain to result in irreversible changes to the climate, ecological destruction and widespread human suffering. In other words, it is an existential threat to life on Earth as we know it.

In the report, the authors detail research that could unlock a greener future across sectors. Energy infrastructure, consumer goods, transportation, urban planning, architecture and land use are all considered. Perhaps the most significant silver lining of the report is the finding that humanity is already equipped with the technology, knowledge and financial liquidity to accomplish ambitious climate goals. Curbing global warming is possible, at least on a physical basis.

“We do have the technologies and the costs are not prohibitive,” IPCC Working Group III (WG III) vice chair Diana Ürge-Vorsatz says.

The socio-cultural and political barriers to change may be harder to overcome. But, the authors spend much of the report detailing how to create “enabling conditions” for climate action to succeed. The theory can be summed up by the iconic "Field of Dreams" quote: “If you build it, they will come.” Institutions, policies and technologies must be designed in a way to empower actors toward sustainable choices. For instance, safe bike lanes in a city enable people to bike to work. Or, on an industrial level, tax incentives for clean energy enable power companies to prioritize renewable sources.

Effective climate mitigation will cost something. Global growth of GDP is projected to be a few percentage points lower by 2050 in a model that limits warming to two degrees. But, that cost is almost certainly less than the enormous cost of inaction. For instance, sea level rise could cost the United States $320 billion alone in the next century. Across sectors, it is becoming increasingly clear that sustainability is a winning long-term investment.

Though many of the points of the WG III report are reiterations of issues from the fifth assessment cycle, which was completed in 2014, the new report takes a closer look at climate action on an individual level. The authors find that changes in consumer behavior could translate to a significant decrease in global emissions. In other words, individual choices matter.

The temperature of the Earth will not stabilize until humans reach net zero emissions. But, for the foreseeable future, sectors like transportation and agriculture will always create some greenhouse gasses regardless of renewable practices. So, an essential piece of the net zero puzzle is carbon removal and sequestration.

So far, the best method humans have for removing carbon from the atmosphere is to foster healthy ecosystems that capture and store carbon through natural processes. While forests and peatlands are two often-cited examples of natural carbon sinks, even agricultural lands can play a role. Healthy soil in a farm field can capture carbon through its bacterial and fungal inhabitants.

"If done well, reforestation, good forest management and good soil management will benefit the climate, our ecosystems and our health," says Ürge-Vorsatz.

Though there are also engineered methods for capturing carbon from the atmosphere, the report makes it clear these are far from being ready to scale up significantly. For now, natural systems are our best hope for carbon removal. And Ürge-Vorsatz warns against seeing conservation as an easy way out of climate action. There is only so much land that can be restored and conserved — not nearly enough to offset current emissions.

“There is strong competition for land, so we inherently need to keep these methods for carbon removal to a minimum,” she explains.

Though the WG III report makes a number of strong suggestions for governments and was approved by the 195 member governments of the IPCC before release, it is not a binding document. The report is a guide for policy makers to reference. In September, the IPCC will release a synthesis report that combines and compares all of the elements of the sixth assessment cycle. In November, the first real test will come. Policymakers will convene in Egypt at COP 27 and set new goals and commitments for the coming years.