Image of the Year: Fire on the Mountain 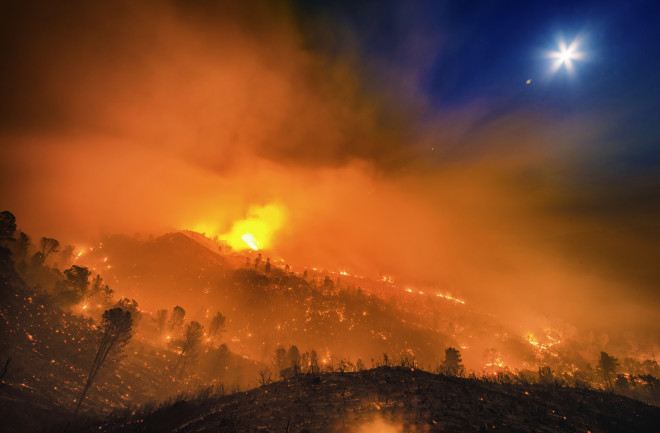 A blackened expanse of scorched earth glows red with embers from the Rocky Fire, about 80 miles north of San Francisco. The wildfire burned nearly 70,000 acres in 2015. Years of drought and a century of aggressive fire suppression have rendered vast areas of the West susceptible to large, severe blazes. At the same time, fire seasons are lasting longer around the world, largely because of climate change. Stuart Palley, who documents wildfires as part of an ongoing project, took this 30-second exposure while the fire raced away from his vantage point. A break in the smoke revealed the moon. No injuries or deaths were reported from the blaze, but it destroyed 43 homes.