Why Even Those Researching It Say Geoengineering Is a Bad Idea

Can we geoengineer our way out of climate change? 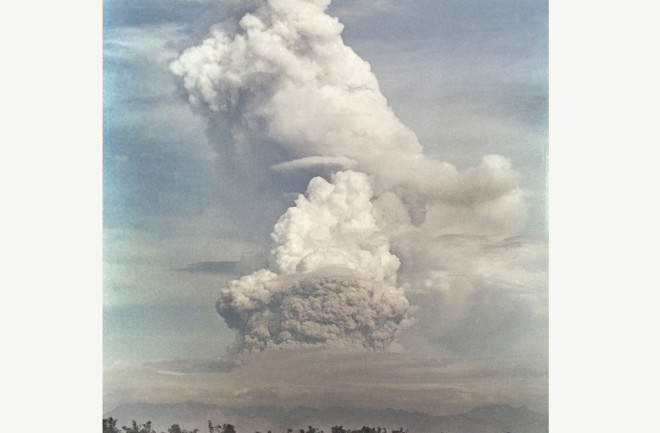 Mount Pinatubo erupted in 1991, spewing so much smoke and ash into the atmosphere that it cooled large regions of the globe. (Credit: Bullit Marquez/AP Photo)

Mount Pinatubo erupted in the Philippines in 1991, spewing millions of tons of ash and chemicals into the atmosphere. Over the next year, large parts of Earth cooled by almost a full degree Fahrenheit.

Volcanoes historically have caused some of the planet’s sharpest temperature drops. In addition to ash and fire, they belch sulfur dioxide that lingers as a fine particle spray called an aerosol. These aerosols help Earth’s atmosphere reflect incoming light, creating a cooling effect.

Some scientists speculate that seeding such sulfur aerosols — absent fiery eruptions — could someday be a Hail Mary to counteract climate change. The idea is called geoengineering. Picture fleets of aircraft ferrying sulfur across the stratosphere year-round.

University of Exeter climatologist Anthony Jones says developing aerosol-releasing technology might take a few years — and likely won’t happen for decades — but it is possible.

Cost estimates range from around $1 billion to $10 billion per year. That’s less than current spending on climate research and mitigation, and far cheaper than coping with its consequences. Sulfur is even easy to get. It’s a byproduct of fossil fuel production so abundant that a mining outfit in Alberta, Canada, is stacking the stuff into a sulfur pyramid that could eventually dwarf Egypt’s.

The problem? We don’t fully understand the consequences of geoengineering. Few real-world tests have taken place. And that’s driving a surge of new research.

Later this year, a Harvard University team hopes to gather some of the first real-world data in the Stratopheric Controlled Pertubation Experiment (SCoPEx). The researchers will send a balloon into the stratosphere above Tucson, Arizona, to spray particles across an area roughly half a mile long and a football field wide. A sensor-studded gondola will dip back through the cloud to measure how aerosol particles interact with one another and the atmosphere.

“If [geoengineering is] really going to be used in this sort of emergency climate catastrophe scenario, then you’re not going to have that chance to learn about things going into it,” says climate scientist Ken Caldeira of the Carnegie Institution for Science. “You pretty damn well better do the research up front.”

Yet researchers are hardly optimistic. “If you ask me today to vote whether we should geoengineer, or never, ever do it, I would be on the never, ever side,” says Gernot Wagner, executive director of Harvard’s Solar Geoengineering Research Program.

Many climate scientists agree. One reason is that aerosols aren’t the opposite of carbon dioxide, says Peter Irvine, a Harvard expert in climate models. Aerosols counteract some symptoms of excess greenhouse gases, but not others, like ocean acidification. And sulfur depletes Earth’s ozone layer. It’s also a long-term commitment: Stop pumping out aerosols, and the climate would snap back. In fact, a January study in Nature Ecology and Evolution showed sporadic geoengineering could be more dangerous for animals adapting to climate change than never attempting it at all.

Aerosols also reflect sunlight — instead of trapping heat like CO2 — so they’d overcool the tropics and undercool the poles, creating unpredictable results.

All this makes researchers worry about a rogue nation altering climate without considering global impacts. In Nature Communications last fall, Jones’ team studied the impacts of releasing aerosols in one hemisphere. In short, it would be bad. Releasing aerosols in the Northern Hemisphere could suppress tropical cyclones. Doing the same thing in the Southern Hemisphere would increase their frequency in the north. And both would shift monsoons critical to tropical agriculture.

But if the world ramped up aerosols in a measured way — say, 1 percent of Pinatubo’s sulfur emissions this year, 2 the next, and so on — that might slowly and smoothly even out the rise in temperatures, Caldeira thinks.

That still leaves a more human concern, though. In behavioral economics, it’s called a moral hazard: When humans feel protected, we’re more likely to take risks — like driving recklessly after putting on a seat belt. If we see scientists trying to save us, we may stop worrying about greenhouse gases. And geoengineering isn’t a real fix — sulfur only covers up climate change.

That leaves many climate scientists concerned about overselling geoengineering’s potential. Researchers on Harvard’s SCoPEx team even declined interviews for this piece, saying their project “gets too much hype.”

“Will somebody, somewhere, try things? That’s a yes, within 50 or 100 years,” Wagner says. “Will it happen as part of a semi-rational climate policy globally coordinated? That’s a bigger question.”

[This article originally appeared in print as "Should We Cool Earth?"]