What drives opposition to genetically modified crops? Well, there are a bunch of enduring myths, which Dan Charles at NPR did a nice job of debunking. But I think the reasons mostly come down to unfounded fear (frankenfoods!) and distrust/hatred of multi-national corporations (Monsanto!). 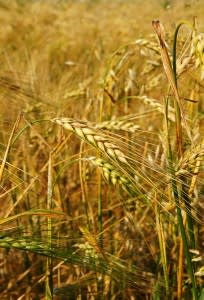 One GMO critic has just revealed a reason I hadn't yet heard:

If we continue to bend the rules of nature so that we can provide more and more food for an open-ended expansion of humans on the planet, something eventually will have to give. Would you like to live in a world of 15 billion people? 20 billion? I would not. And while it’s possible you will label my response as New Age-ish, I feel that GE food distracts us from the real question of the carrying capacity of the planet.

This is is quite an astonishing thing to say. I have no idea if such a sentiment is widely held among anti-GMO greens, but it comes from an opponent of genetically modified salmon who has recently engaged in a fascinating debate at Yale Environment 360. The whole thing is worth a read.