Glaciologist hints at what's next for a trillion-ton iceberg the size of Delaware. 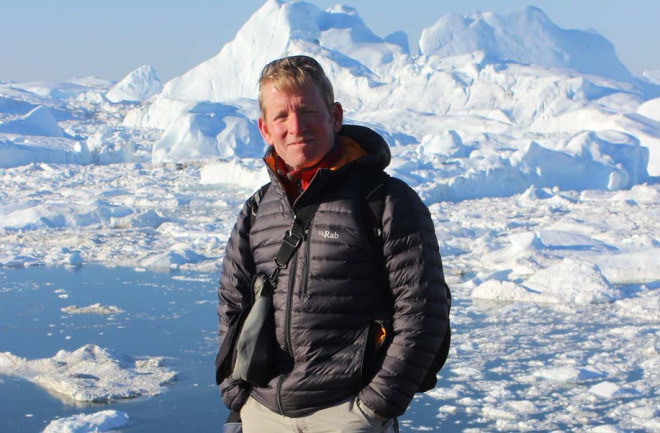 An iceberg weighing 1 trillion tons calved from Antarctica’s Larsen C ice shelf around July 10, capturing global headlines. The iceberg, nearly the size of Delaware, is among the largest ever recorded. The calving is not directly linked to climate change, experts say; bergs break away naturally. And the ice was already floating, so it won’t raise sea levels. Of concern, though, is the fate of the remaining 88 percent of Larsen C, which still spans some 17,000 square miles.

The event threatens to destabilize Larsen C, recent studies suggest. Since ice shelves act like plugs, removing them lets inland glaciers flow faster into the ocean, and that will raise sea levels. Other massive ice shelves have experienced destabilization after similar calving events. Larsen A, which is C’s Antarctic Peninsula neighbor, crumbled in 1995. Larsen B collapsed seven years later.

Q: What happens to the iceberg now?

A: We don't have much information to go on because this is such a large iceberg. The Weddell Sea, which is where all the action is occurring, is choked with sea ice all year round, so it’s not an open ocean that things can float free on. Icebergs have been known to exit this area — quite big icebergs — and head up into the Southern Ocean. How quickly this one will do that is difficult to answer. It might take years and years.

Q: What can Larsen C’s response to the calving teach us?

A: There’s a natural experiment going on here. What happens to an ice shelf of this size when you take a large piece out of it?

Q: What’s more scientifically interesting: the iceberg calving or what happens next?

A: The thing that doesn’t really interest us is the calving. As soon as we saw this rift starting to cut through, we knew it was going to happen. But the rift itself — how fast that cut through and what held it up — is teaching us a lot about ice shelves. And now we have another very interesting opportunity to study the reaction of the ice shelf.