Humanity's Footprint is Encroaching on Antarctica 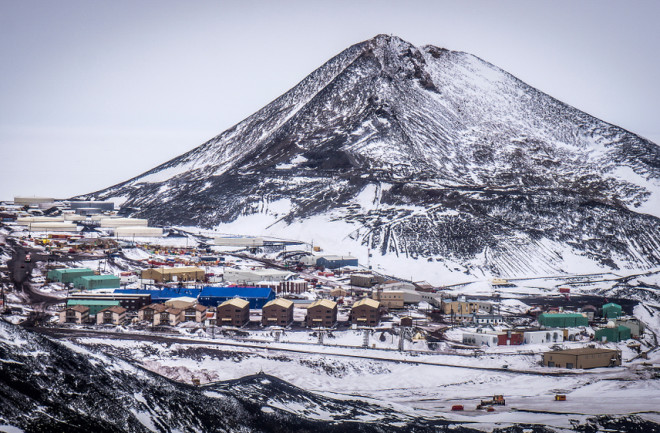 McMurdo Station in Antarctica. (Credit: Shutterstock) Scattered on the coasts of Antarctica's empty and icy expanse are research stations that resemble villages. The largest of them is McMurdo Station, a research hamlet that houses scientists studying the continent's glaciers, climate and biological life as well as artists, writers and support staff. As the logistics hub for the U.S. Antarctic program, McMurdo has a landing strip and 85 buildings including a radio shack, firehouse and power plant in addition to the dormitories and bars. Some structures are three-stories tall. The frigid settlement is just one of the outposts that various nations have set up on the southernmost continent, usually on the rare slivers of ice-free land near the coasts. Antarctica is vast, and largely unspoiled by humans. But, argue researchers in a recent paper, we're making our mark nonetheless. They find buildings are piling up in the continent’s most critical environments. As research and tourism ramp up, the scientists predict further pressure to the stressed continent in the future. "Our research shows that human impacts are the greatest on land that is also the most environmentally sensitive,” Shaun Brooks, an environmental scientist at the University of Tasmania in Australia, who led the new research, said in a statement.

Humanity's mark on Antarctica began growing in the early 19^th century when some of the continent’s first explorers built huts. As scientific expeditions became more frequent in the 1950s, expansion blossomed. Today, physicists, biologists, geologists, climate researchers and more share space on the continent, along with tourists. The continued growth inspired The Protocol on Environmental Protection to the Antarctic Treaty. The agreement, signed in Madrid in 1991, classifies Antarctica as a natural reserve “devoted to peace and science.” Although the protocol outlines environmental impacts researchers and other visitors must consider when planning and carrying out activities there, few studies have actually assessed what those impacts actually are. "Although the 53 countries that have signed the Antarctic Treaty agreed to protect the Antarctic environment, until now there has been only limited data on the spatial extent of human activity on the continent," Brooks said.

So, Brooks and teammapped the footprints of buildings across the entire continent from satellite images. The analysis revealed structures now cover more than 96 acres of the continent, an area about the size of 73 football fields, the researchers report today in the journal Nature Sustainability. When the researchers assessed how buildings might disturb the natural landscape by accounting for how far away buildings can be spotted, they found the footprint of human impact expands to nearly 22,600 square miles. That's greater than all the ice-free area on the continent. When the researchers included offshore visibility in the analysis, they found the impact area balloons to more than 36,000 square miles. Most of the areas humans have altered cluster in precious habitats for the continent’s unique plants and animals, ice-free regions within a few miles of the coast. "Ice-free land supports the continent's greatest diversity of flora and fauna, including iconic species such as Adelie penguins, and provides the most accessible areas for marine animals that breed on land,” Brooks said. Indeed, more than three-quarters of buildings are located in this area, the researchers found. To mitigate the impacts of human activities in Antarctica, the researchers propose visitors coordinate and share facilities and set limits on station areas to prevent infrastructure from creeping father into intact natural environments. They hope strategies such as this can limit the human footprint. "There is a growing tension between the increasing pressure for access to the continent and international commitments to protect the Antarctic environment," Brooks said. "Hopefully our research can help to inform a sustainable balance between these competing imperatives."