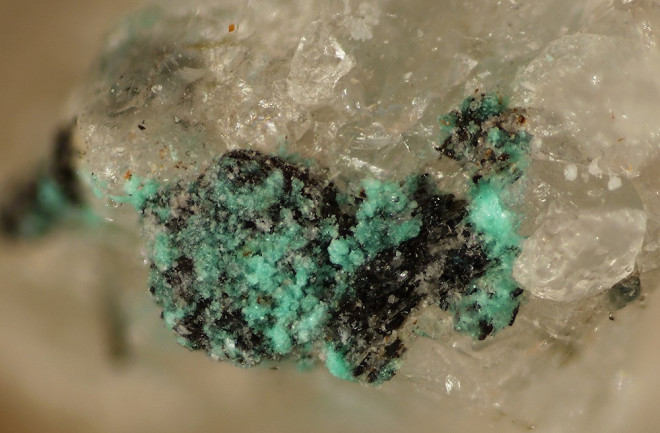 To the ever-growing list of uniquely human tweaks to the planet, we can add the creation of 208 minerals. A list compiled by researchers from the Carnegie Institution for Science, the University of Maine and the University of Arizona provides the first assessment of how many unique compounds human activities have created. The collection is another piece of evidence in favor of the Anthropocene, the authors say, and is illustrative of the effects human activities have had on the surface of the planet.

To be defined as a mineral, compounds must meet a fairly narrow band of criteria: they're inorganic, chemically distinct, often arranged as crystals, and, most importantly, naturally occurring.

This means that rocks, comprised of various minerals and compounds, don't qualify, and things made by humans, such as smartphone screens, are also excluded.

The International Mineralogical Association currently recognizes 5,224 minerals, although that's far from the number that are possible. The 208 minerals identified by the researchers qualify for recognition because they are byproducts of human activities, humans didn't craft them intentionally. Instead, we simply set the stage for them to appear.

The researchers published their findings Wednesday in American Mineralologist.

Many of the "man-made" minerals are found in mines, where they appear in slag heaps, on tunnel walls, as precipitates of mine water or in smelters, among various other places.

Others have popped up in geothermal pipes, and some have been found in archaeological digs, such as several from a Hellenistic period shipwreck off the coast of Tunisia. Still other minerals hailed from prehistoric sacrificial burning sites in Austria. One formed in a storage case in a museum, and another in a pine railroad tie.

They are called things like Jurbanite, Wroewolfeite, Zdeněkite and Pharmacolite, and many bear the name of the scientist who found them. The collection forms a veritable rainbow of inorganic matter and manifests as everything from prickly spines to gnarled outgrowths of crystal.

The sudden appearance of these minerals marks what geologists call a "punctuation event," or a sharp increase or decrease in the number of mineral species. The first such event was the "Great Oxidation," some 2.2 billion years ago, when oxygen first appeared in the Earth's atmosphere.

That event kicked off the formation of roughly two-thirds of the minerals we see today. It is the speed at which minerals are appearing today that distinguishes our current time period. For 208 minerals to appear in some 300 years, a grain of sand in the geologic hourglass, something new is underway.

Metamunirite, found at a mine in Big Gypsum Valley, Colorado, USA. (Credit RRUFF)

"Simply put, we live in an era of unparalleled inorganic compound diversification," says Robert Hazen of the Carnegie Institution for Science and lead author of the paper in a statement. "Indeed, if the Great Oxidation eons ago was a 'punctuation event' in Earth's history, the rapid and extensive geological impact of the Anthropocene is an exclamation mark."

Heralds of the Anthropocene

The presence of human-made minerals is only one of many potential markers—a so-called golden spike — for the Anthropocene, the "human epoch." Members of the Anthropocene Working Group, a subset of the International Geological Union, last year recommended that the Anthropocene be considered as a formal epoch.

While they highlighted the presence of radioactive compounds in the soil due to tests of nuclear weapons as a likely candidate for the golden spike, the presence of these human-caused minerals could be another option.

It's not only authentic minerals that mark humans' influence on the planet; there are a host of mineral-like artifacts, such as silicon semiconductors and crystals used in lasers, announcing the age of humanity.

In addition, the researchers say humans distinctly altered global mineral distributions through large-scale activities like mining and construction, and through our desire to hoard precious stones and metals.

Even millions of years into the future, these alterations will likely be visible, making even more clear the existence of the Anthropocene. There are countless possible mineral species awaiting the perfect combination of material and happenstance that we haven't yet discovered. With our thumb on the scale, however, it might not be too long.