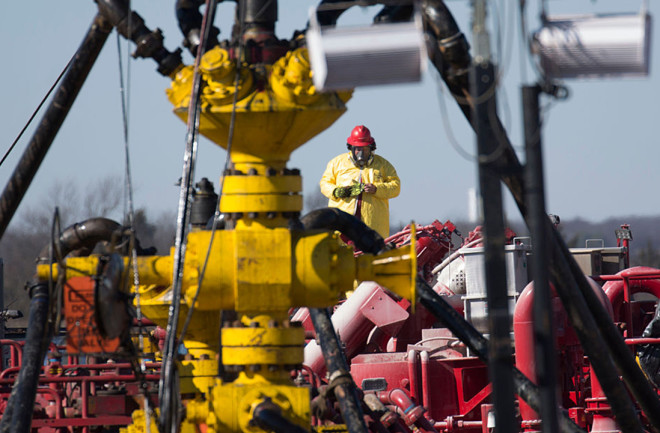 During hydraulic fracturing, wastewater is injected deep underground. The process causes faults to separate and slip, resulting in earthquakes in states previously not associated with seismic hazards, such as Oklahoma. (Credit: Pat Carter/Getty Images)

The U.S. Geological Survey’s annual forecast maps for the first time include human-induced earthquakes alongside natural temblor hazards, with Oklahoma leading Midwestern states in shaker probability. America’s midsection has experienced an uptick in quakes due to part of the hydraulic fracturing process: Wastewater from the fossil fuel extraction is pumped deep into the ground, causing faults to separate and slip. Since 2009, tremors in mid-America of at least magnitude 3.0 have increased from a couple of dozen to hundreds annually. In recent years, Oklahoma has had more magnitude 3.0 quakes than California, says Michael Blanpied of USGS, including its two largest ever recorded: a 5.7 magnitude in 2011 and a 5.8 magnitude in 2016.