Overmining could lead to economic and environmental collapse 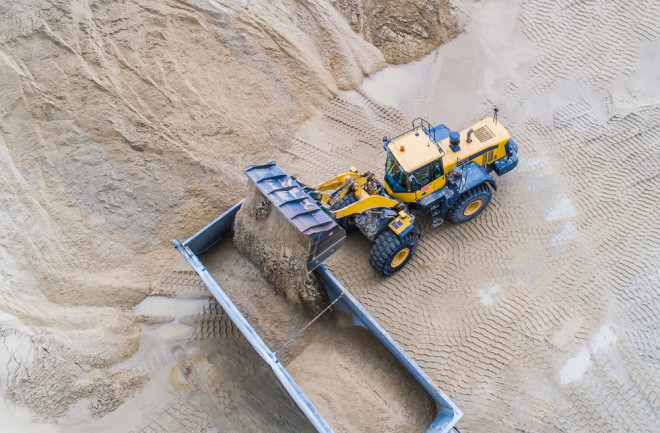 Although you may not realize it, sand is one of the most essential commodities in our modern world. According to the United Nations Environment Programme, sand and gravel are the second most used natural resources after water. As a key component of cement, asphalt and glass, sand plays a major role in every aspect of our lives, from infrastructure and roads to our personal electronic devices.

However, mining practices and regulations vary across different nations, which makes it hard to keep track of global sand resources more closely. In some parts of the world, sand is already one of the least regulated natural resources. If it’s not extracted and used sustainably, we will continue to harm ecosystems, cause pollution and even displace thousands of people from their homes.

Although sand is found virtually everywhere on the planet, not all of it is used the same way. The sand grains extracted from seabeds and coastlines are more angular, which binds well in forming concrete. In contrast, desert sand grains are too round and smooth to be used in the construction industry, says Mette Bendixen, Ph.D., assistant professor in the Department of Geography at McGill University, Canada. Meanwhile, silica sand — a type of sand high in silicon dioxide — is used for golf course bunkers, computer chips, glass, screens in electronic devices and even solar panels.

As a result of the growing population in a rapidly urbanizing world, the demand for sand has tripled over the last 20 years. Just try to imagine all the infrastructure we’ve built and the massive technological advances we’ve witnessed within that time frame. “Our modern environments are built up of sand, basically,” says Bendixen.

The global consumption of sand and gravel reaches more than 40 billion metric tons per year, which already exceeds their natural renewal rates. By 2050, an estimated 2.5 billion more people will be living in cities and other urban areas, likely increasing the global sand demand even further. With the way we use sand, a global shortage is not that far-fetched. The more people there are, the more sand we need for our buildings and infrastructure products, which is essentially the main driver of global sand scarcity, says Bendixen.

While sand may be scarce, some say the world will never truly run out of the commodity – it just might become much more expensive.

“While it is true that the modern world requires around 20 to 40 times more sand and gravel-sized aggregate material for construction annually than all the world’s rivers naturally carry to the ocean every year, the Earth’s natural systems have been producing sand and gravel for billions of years,” says Zachary T. Sickmann, Ph.D., Richard T. Buffler Postdoctoral Fellow at the University of Texas Institute for Geophysics. “There are plenty of sand deposits to build for the rest of human civilization. The question then is: at what cost?”

Steel is refined from ore, lumber milled from trees and oil pumped from underground wells, but nature does most of the work and refining for sand. “With a little washing and size sorting, sand is ready to use in its natural state,” says Sickmann. “The monetary cost of extraction is very low. The real cost of sand is in the environmental and social negative externalities that are generally not priced into the commodity.”

Sand generally forms when erosion breaks down surface rocks, then rain washes away the sediment into rivers and streams that will carry it out to the coast. Think of the sediment dispersal system as a conveyor belt of sorts, explains Sickmann. Along the way, some of the sediment will spill out of the conveyor belt, while some actively remain in the transport phase on their way to the coast, like river sandbars or beaches.

Mining the sand that’s still on the conveyor belt certainly has its benefits. “The sand is right at the surface, it's often un-vegetated, it's pre-washed, and [it] usually has a good grain size distribution for use in concrete,” says Sickmann. “From the perspective of a single mining site, it can replenish every year and seem limitless.”

However, this may eventually disrupt the whole dispersal system. Mining sand at point A means there is less sand carried to points B and C downstream, and if other points are also mined, there will eventually come a time when there’s no more sand to supply points X, Y, and Z. Here is where the problem lies.

“It’s a simple mass balance equation,” says Sickmann. “Flowing water in the river has the energy to carry some mass of sand. If that mass of sand is not naturally resupplied from sources upstream, the river will erode what is around it to make up the difference until there is nothing left to erode.” Mining extractions may then result in channel degradation and land erosion where existing infrastructure or natural habitats are disrupted, even those that are far from the mining points themselves.

For instance, sand mining in the Pearl River in China lowers water tables and increases the riverbed scour, which makes it harder to extract drinking water and damages infrastructure like bridges and embankments along the river, says Bendixen. In Vietnam, almost half a million people have to be relocated as homes and rice farms collapse into the Mekong River.

Removing sand from riverbeds and coastlines can also threaten biodiversity by destroying nesting and breeding habitats and reducing protection from extreme weather events such as floods or storm surges. Evidently, the negative impact of sand extraction on the environment extends to human health and ecosystems, bringing great social and economic harm.

As a natural resource, sand must be extracted and used sustainably. However, cheap sand options without the high environmental and social costs are scarce. Given how reliant we are on it, putting a stop to mining in its entirety is impossible — and it wouldn’t be the solution either. To meet increasing global demand without harming the environment, closely monitoring and regulating sand resources is necessary.

“An obvious solution to this problem is to find more sustainable alternatives,” says Sickmann. “However, this is much easier said than done when it comes to sand. While the energy sector has a long list of options like solar, wind, and nuclear to transition us away from a reliance on fossil fuels, there is not yet an obvious way to transition away from natural sand.”

Bendixen and her colleagues propose the use of sand from Greenland's melting ice sheet — which occurs due to climate change — to meet global demand. There will likely be a steady supply of sand for years to come as global warming persists. Creating technologies to make desert sand usable and replacing natural sand with crushed rock sand, rice husk ash or recycled plastic are other options that can be explored even further.

A circular economy approach where incentives are created for constructing with demolition waste may be also implemented since a lot of materials from destroyed buildings are recyclable.

“The challenge here though is that right now, there are no political or financial incentives to actually do this,” says Bendixen. “There are actually not really any quick fixes or quick solutions to this problem which is, in my opinion, one of the largest overload global challenges we are facing right now.”