Tending illegal gardens on public or private property can spark ideas about how to manage local land. 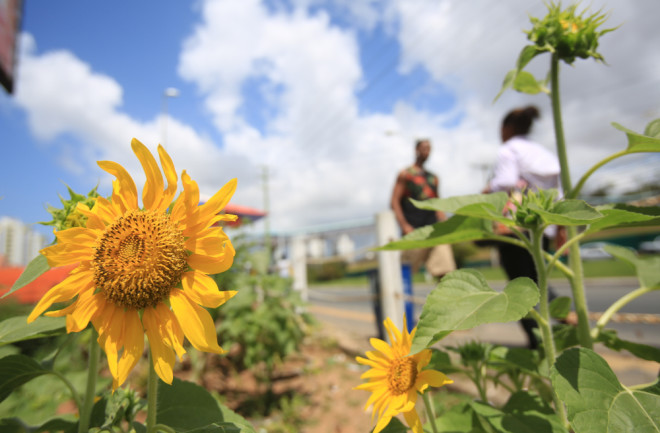 A nervous breakdown compelled Paul Dalton, a horticulturalist in Kilkenny, Ireland, to do something he hadn’t done before: Go about town, putting plants in the ground in places he wasn’t supposed to. He and the many others around the world who discreetly garden in places where they don’t have the legal rights to do so are guerrilla gardeners. “Guerrilla gardening allows creativity and expression,” Dalton writes via email, and has become a way to make friends.

Like others who modify their community without permission — those who put benches on streets that lack them, for example, or put up informal signs warning others of a street safety hazard — guerrilla gardeners often have some kind of mission in mind. What they create can offer something that formal city planning protocols take much longer to do, says Monica Landgrave-Serrano, a city planner for Tucson. “These kinds of small scale, quick, low cost interventions can really get the ball going,” she says, even though there might be mixed perspectives on whether the project ought to get started.

Itching for an Illegal Garden

Landgrave-Serrano says there are often two motivators for why people tend gardens in places where they weren’t told they could. Need — for shade or for fresh fruits and vegetables — inspires people to plant what they see fit, as does conviction that an area deserves or could benefit from some greenery. For Dalton, the decision to plant came after he heard that doing something he was good at might help with his anxiety and depression. As a professional horticulturist, Dalton knew what to do, and got to work. Trial and error convinced him to focus on one project: Patches around town filled with blossoms bees and pollinators use. Dalton is also keeping the demands of climate change in mind, and relies on plants that can handle periods without rain, he says. A focus on the environment is something a lot of guerrilla gardeners have in common, Landgrave-Serrano says.

And though DIY urban gardeners assign themselves these projects because they think they should or because they think it could be beneficial, not everyone sees it that way. As Dalton points out, trees, flowers or vegetables can offer shade, a calming place to be or even something to eat. But property owners who don’t consent to the plantings might struggle to sell if buyers don’t want the ad-hoc garden, or have to handle the logistics of tearing out the plants if they want to build something.

There are other reasons guerrilla gardeners have to be sure that locals want the projects they start. These and other informal changes to a city or town, like pop-up parks with tables and seating, for example, have been linked to gentrification: A process where higher-income individuals move into lower-income areas and gradually price out existing residents. In the U.S, the process typically involves new white residents replacing communities of color. “Guerrilla gardening should, when possible, if possible, try to include those that will be affected or are affected,” Landgrave-Serrano says.

When spontaneous, unsanctioned gardens are popular, the efforts sometimes earn official approval. In Landgrave-Serrano’s city, one resident familiar with how to garden in the desert took it upon himself to hammer holes into street curbs and allow rainwater to flow into planted areas. Though it wasn’t legal for him to do it on his own, a political figure championed his work and eventually, the city of Tucson legalized (city-made) curb cuts for rainwater collection.

A project might be more likely to garner positive attention if it’s done well, another roadblock guerrilla gardening sometimes runs into. Dalton knows how to care for and grow a garden — everything he plants he propagates in his own greenhouse. The first patch he started his pollination project on was a rejected plot in town that he weeded and hand-sifted to remove rocks and debris in order to give it what he calls the “Chelsea Flower Show treatment.” Even then, he’s made some errors by spreading himself too thin over several projects in previous years, he says.

Not all guerrilla gardeners are as experienced as him. Experts have noticed that some who get involved romanticize how little they know about gardening, which can lead to disappointing, shriveled outcomes. A failed or plain old ugly result sometimes backfires, Landgrave-Serrano says, with locals or other property owners disinclined to enjoy future plantings.

So far, Dalton has heard mixed reactions to his planting beds. A gardening group provides him the funds, and he’s heard everything from praise to crude remarks from locals. And while he knows the local government knows about his plots, no one has said anything yet, a status he’s fine with. Official approval isn’t what he’s after, anyways. As someone with Cerebral Palsy, Dalton has dealt with a lot of assumptions about what he can or can’t do. His own yard being tiny, public gardens offer a chance to challenge himself. “I have been labelled all my life due to my disability,” he says. “However, I have worth, skill and creativity that forms beauty from muck.”