How Green Is My Army? 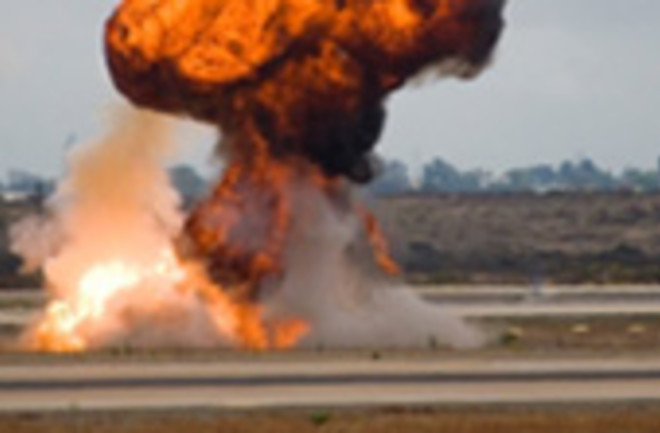 Irony, meet paradox. The U.S. military, that paragon of technology-aided destruction, is setting its sights on environmental sustainability. Which isn't a bad idea, given that the Defense Department alone uses a whopping 1.5 percent of all energy consumed in the U.S. (which, until recently, was the world's single biggest emitter of greenhouse gases).

The Environmental News Network reports that the Army has begun working to reduce the carbon footprint at its bases, and is taking measures to cut its CO2 emissions by 30 percent by 2015. Its efforts include spraying troops' tents with foam insulation to reduce energy used for air conditioning (which, in places like Djibouti, Kuwait, Iraq and Afghanistan, can be a significant power-drain) and building combat training ranges out of recycled shipping containers.

Alternative energy is also invading the ranks, with researchers at Fort Irwin in California working on a portable solar and wind power station. Still at issue is the huge environmental cost of moving all those tanks and Humvees—which presents a dilemma, since reducing weight to save fuel also means removing armor that protects the troops inside. Which in turn brings up an interesting moral question: At what point do we sacrifice environmental sustainability for immediate safety—and vice versa? No doubt we'll see more on this question as we proceed into Green Movement 2.0.