How Effective Are Turbines?

It depends on where the wind blows. 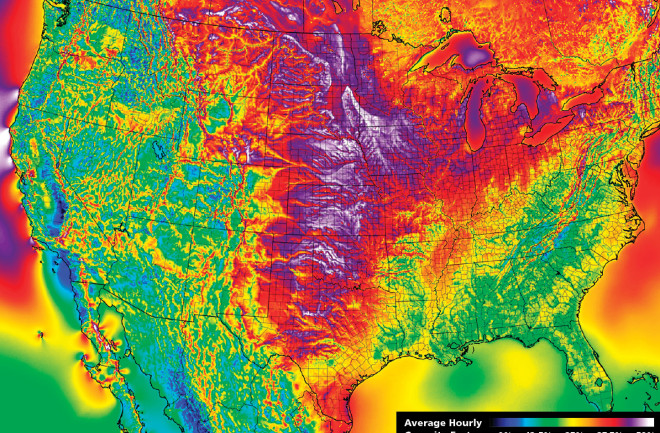 Vibrant Clean Energy, LLC based on weather data from NOAA/HRRR

It’s a no-brainer to harness renewable energy sources like solar and wind. But a recent study in PNAS suggested that wind (and other renewables) will fall short of slashing carbon emissions, because there just isn’t enough of it in the U.S. Based on data from a company owned by one of the study’s authors, this map’s white areas show where wind turbines would be most effective — but because wind isn’t available all the time, they’d only produce roughly 50 percent of the energy wind turbines could at maximum capacity. Cooler colors indicate spots where turbines would have little impact. The team’s suggestion? Focus on investing in backup sources, like nuclear and bioenergy, to pick up the slack that renewables can’t cover.