Climate models use complex equations, mountains of data and supercomputers to help us understand global warming and future changes on planet Earth. 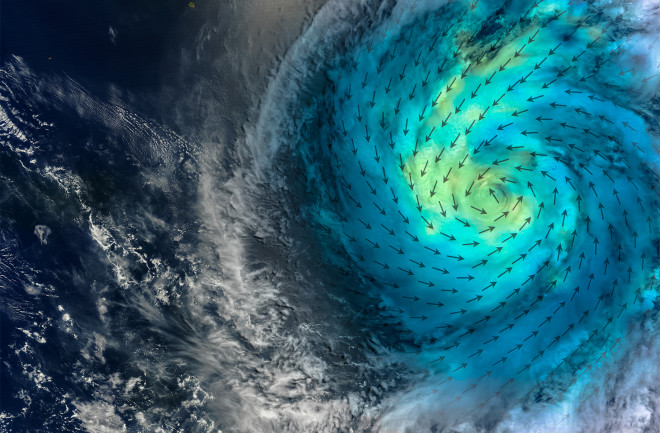 When it's raining in the morning, and you plan to leave the house to do some grocery shopping in the afternoon, you may think to grab an umbrella. You take it because you've noticed that it's raining and chances are, it will rain later, too. You've gathered information about your surroundings and reached a conclusion that reasonably predicts your afternoon: It will probably rain. When scientists make climate models, they do this — with an upgrade in complexity.

Of course, climate and weather are different concepts. While humans view and adapt to weather changes daily, the term climate describes the typical weather conditions over a long period of time (30 years or more). Thus, while modeling the climate has similarities to weather forecasting, there are different strategies involved.

What Are Climate Models?

Climate models are mathematical representations of the climate in the future. They predict changes in the environment in the upcoming decades. There are many types of climate models, and they vary in complexity.

The simplest models measure the energy balance of the planet only. In contrast, more complex ones, such as a Global Climate Model (GCM), include more variables. GCMs measure the physical climate system: the atmosphere, oceans, and land surface. An Earth System Model (ESM) is even more complicated, measuring the carbon cycle, soil evolution, vegetation, and human infrastructures. ESMs also measure how environmental policy decisions could influence global warming.

Models separate Earth's surface into a 3D grid of cells, covering several regions of the world. They use equations that describe the physical, biological, and chemical information of the planet as we know it and predict how the climate will change in the future with such data.

For example, one of these equations that is particularly popular is the first law of thermodynamics, which describes how energy flows within a closed system — such as we have on Earth. Combining all of these parameters involves super-computers and coding: some models are written in Fortran, a programming language, while others are Python-based. You can even run some models on your own laptop, but to achieve more powerful predictions of climate variation, super-computers fit the purpose best. The one at the Met Office in the United Kingdom, the Cray XC40 supercomputing system, runs over 14,000 trillion arithmetic operations per second. It has 24 petabytes of storage for saving data — enough to store over 100 years worth of HD movies. These powerful devices are necessary to predict scenarios that are more precise and accurate.

After assembling a climate model, scientists test it before running significant predictions. To do so, they use data from present and past times within a process known as hind-casting. Scientists run the model from the present into the past, and then compare how the model cataloged what had happened climate-wise with registered observations. This is a strategy that demonstrates whether the climate model set up is accurately predicting how climate varies.

The Origin of Climate Models

The history of the first climate model goes hand-in-hand with the history of weather forecasting and supercomputers. In 1922, Lewis Fry Richardson proposed a new way to forecast the weather. In his book, Weather Prediction by Numerical Process, the British physicist described how to predict the weather with differential equations and through viewing the atmosphere as a network of gridded cells.

Richardson's ideas were taken up later in the 1940s when scientists at the University of Pennsylvania created the Electronic Numerical Integrator and Computer (ENIAC), the most elaborate calculating device built to date. This device ran the first computerized weather forecast ever. While advancements were underway, predicting the climate was still far ahead.

In the late 1960s, researchers developed the first climate model which combined oceanic and atmospheric processes at the National Oceanic and Atmospheric Administration in the U.S. With this model, scientists could understand how the ocean and the atmosphere could influence the climate while predicting how variation in these natural factors could lead to climate change.

Should We Trust Them?

Climate models are probabilistic and provide predictions of the future. While much effort goes into ensuring predictions are as accurate as possible, information about the climate 200 years from now is still experimental rather than definitive. No one knows for sure what the future looks like. So, how much trust can we put in these predictive tools?

Jouni Räisänen, a climate scientist and lecturer at the Institute for Atmospheric and Earth System Research in Helsinki, provides some answers. "No [climate] model is ever perfect, but this doesn't mean it wouldn't be useful,” he says. “[Climate models] tell us quite a lot of what is likely to happen in the future, but you should still be critical."

Räisänen mentioned that it's essential that researchers understand what models are doing right and what they're doing wrong, and adjust them accordingly. When it comes to global warming, however, Räisänen reinforces there are more certainties than doubts, with literature to support him. "All the models are telling us that it will get warmer when we have more greenhouse gases in the atmosphere. We actually don't even need more than 3D climate models to tell us this. This was already quite convincingly reported in the 1960s with much simpler models."

Thus, while climate models are probabilistic, the information they provide could help mitigate the consequences of global warming. In this case, taking precautions still seems to be the most reasonable choice when it comes to climate change. After all, it may not even rain in the afternoon, but you'll still probably feel grateful if you bring your umbrella with you.