Ocean heat waves and disease are toppling coastal ecosystems. In just four years, one stretch of California kelp forest turned into a desert of sea urchins. 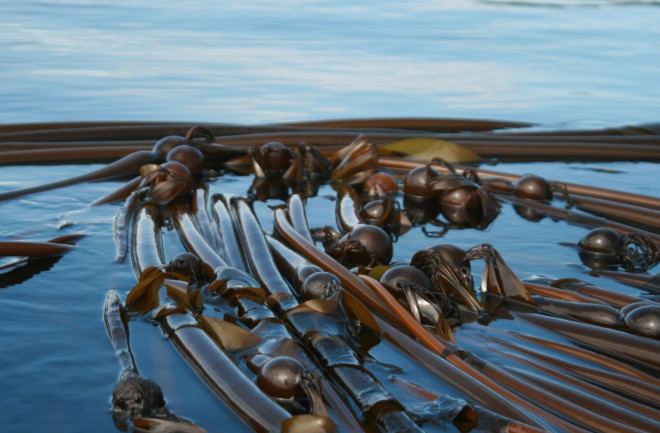 Every year, a forest of bull kelp springs up from the ocean floor along 200 miles of California coast, fostering a regenerated, thriving ecosystem each time it appears.

But starting in 2013, this kelp forest suffered hits from several disasters. First, a mysterious and lethal disease cropped up among starfish in the area. Then, a massive heat wave stunted kelp growth. In just four years, over 90 percent of this stretch of kelp, as well as its thriving ecosystem, was replaced by seafloor populated only by sea urchins.

This week, scientists outlined how those disasters toppled this marine environment in a study published in the journal Scientific Reports.

Researchers say the disease seemingly came from nowhere. But the heat wave did not — that’s a byproduct of climate change. And scientists are still learning how temperature fluctuations like this one impact underwater environments, says study co-author Laura Rogers-Bennett, an environmental scientist with the University of California, Davis, and the California Department of Fish and Wildlife. This paper is one of the first attempts to spell out what might happen to coastal environments with more heat waves.

Tall, reedy bull kelp provides food and shelter in temperate climates, and it’s essential for maintaining healthy ecosystems. Losing over 90 percent of this algae along Sonoma and Mendocino counties in a couple years, Rogers-Bennett says, is like losing 90 percent of the trees between San Francisco and southern Oregon. Rogers-Bennett and her research team documented how it all disappeared with yearly dives and assessments of the regional biodiversity.

In 2013, starfish along the California coast started showing Sea Star Wasting Syndrome. Researchers still don’t know where the illness came from, but the sickness decimated the population — at least one species has gone locally extinct, the study authors say. Sea stars eat sea urchin, which in turn eat bull kelp. With fewer starfish to keep their numbers in check, the sea urchins proliferated and ate more of the kelp.

Then in 2014, the heat wave hit. Warmer waters hold less nitrogen, which bull kelp needs to grow their standard one-and-a-half feet a day. Not enough nitrogen meant the kelp struggled to reach the surface of the water for photosynthesis, and it started to die off.

Suboptimal growing conditions combined with the loss of starfish meant the bull kelp couldn’t survive. Instead, most of the former kelp fields are empty, except for sea urchins, which are at least 60 times more prevalent than they were before the disaster. Abalone, a sea snail that feeds on bull kelp, starved from the lack of food. The regional fishing industry based on the gastropod, which was valued at about $44 million, closed in 2018.

The scene underwater, Rogers-Bennett says, “is just heartbreaking.” And unfortunately, “now that we have sea urchin, they are very stable, and will take a lot to switch out of that.” As soon as new kelp appears, they eat it, or they shift into starvation mode and survive on dissolved nutrients if they need to.

Researchers like Rogers-Bennett are learning what they can about how to encourage the remaining kelp and foster it’s growth — but she warns that heat wave-induced kelp forest deaths aren’t just happening in the U.S. “I really welcome a lot more people in this field, because I think we’d have a lot of research and restoration to do,” she says.