Here's What the Earth Sounds Like Six Miles Below Ground 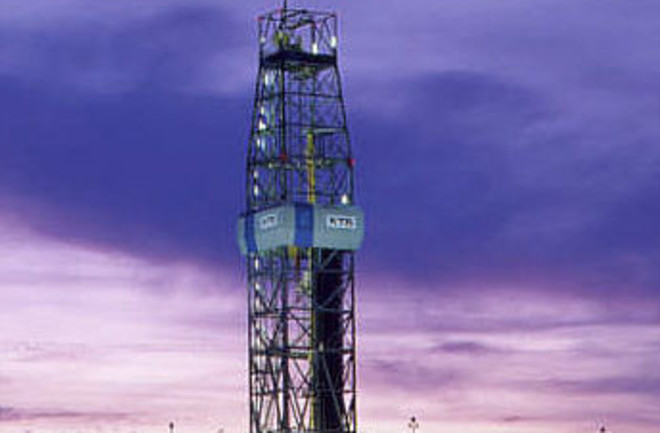 Drill tower of the main borehole at Bortum-Erbendorf. Image credit: W.J.Pilsak/wikimedia commons When it comes to understanding the Earth's geology, many researchers are just scratching the surface. Literally. With drills and picks and axes. But in Germany, a decades-old drilling site lets scientists (and one Dutch artist) go much deeper---nearly 6 miles below the surface. And they've brought up a guttural voice from deep inside the Earth. Drilling of the KTB borehole began in the late 1980s in a region of southern Germany called the Zone von Erbendorf-Vohenstrauß---the line where two ancient landmasses once merged to become the supercontinent Pangaea. The geology was bound to be interesting here, but even geologists were surprised by what they saw.

As described in Gizmodo, scientists discovered

shifting seismic plates, boiling hydrogen, and temperatures reaching 600 degrees Fahrenheit....The deep-drilling experiment yielded huge surprises about the structure of the earth, including maps of rock temperature, new information about seismic pressure, and beautiful models that show layers of rock wrapped around each other like ribbons—illustrating how the crust is far from a neat layer cake.

The drilling shut down due to lack of funding in the 1990s, but research has continued since then to paint a picture of this underground landscape. And in the last year, a Dutch artist named Lotte Geeven decided the emerging image needed a soundtrack, too. Geeven worked with scientists and sound engineers to give voice to the subterranean world. She recorded sounds and took seismic readings at the borehole's base. There doesn't appear to be any explicit description of what the groaning and moaning sounds actually are (perhaps seismic waves adjusted to be audible to the human ear, suggests The Verge) but they are certainly worth a listen. Without further ado, here's what it sounds like in the deepest accessible hole in the world: http://vimeo.com/80266870 Video credit: Lotte Geeven via Gizmodo