A new analysis says that human-caused climate change will lead to thousands of additional deaths across Chinese cities in the decades ahead. 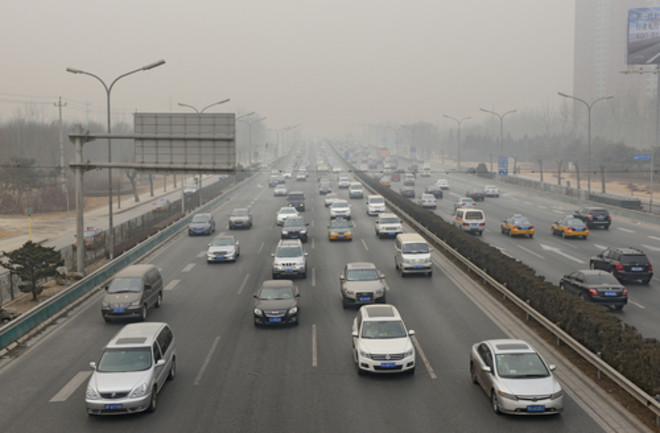 As Europe’s latest heat wave showed, climate change is scorching the Earth. The World Meteorological Organization suspects the period from 2015 to 2019 will be the warmest five years on record. China is particularly in trouble. As temperatures soar across the world, heat waves are expected to happen more often there.

Now, in a new study, researchers say that global warming will lead to tens of thousands of additional heat-related deaths every year in China. But limiting warming to 1.5C (2.7F) above preindustrial levels rather than 2C (3.6F) – a difference of less than 1 degree F – could save about 30,000 lives per year in the Asian nation alone. The discovery highlights the need for global cooperation to reduce the impacts of climate change.

“All countries in the world need to work together to limit the global warming, since this would significantly reduce risks and the impacts of climate change,” Chinese Academy of Sciences ecologist Su Buda, who led the new research, told Discover via email.

In 2015, the world’s nations came together to reach the Paris Agreement. The global action plan aims to limit global warming to at least less than 2 degrees Celsius (3.6 degrees Fahrenheit) above pre-industrial era temperatures. The Paris Agreement’s best-case scenario, however, would cap warming at 1.5 degrees C (2.7 degrees F). Knowing that China’s aging population is especially susceptible to hot spells, Buda’s team wanted to find out how keeping temps to 1.5 degrees C might reduce the impacts of heat waves.

The researchers modeled five different population growth scenarios and more than 30 global climate models to examining how many people might die from heat across 27 densely populated Chinese cities. Their list includes major cities like Beijing, Tianjin, Shanghai and Chongqing. And Buda says her team’s model is robust. It takes into account how high temperatures might impact some regions differently than others. And unlike previous studies, it also considered how swelling temperatures would affect older people differently than the younger population and women differently than men.

The model projected that 50 to 67 people per million would die from heat-related causes if climate change was kept under 1.5 degrees C (2.7 degrees F). But that number balloons to 60 to 80 people per million if Earth were to see 2 degree C (3.6 degree F) warming. The finding shows “an additional 0.5 degree C warming … will result in an additional 27,900 to 33,200 thousand heat-related deaths per year,” Buda said. That means that curbing global warming to 1.5 degrees C (2.7 degrees F) could cut heat-related mortality in Chinese cities by 18 percent, the team reports Tuesday in the journal Nature Communications.

Heat-related mortality will affect older generations and women disproportionately. Even at 1.5 degree C (2.7 degree F) warming, mortality in the retired population will increase by as much as 156 percent, the team found. Women – whose threshold for higher temperatures is lower than men’s – are also more susceptible to heat-related mortality.

The researchers hope technology advancements will help curb the country’s vulnerability to the coming extreme weather events. “With the development of socioeconomy and the advancement of science and technology, it is possible to reduce exposure by means of strengthening forecasts and early warnings,” Buda said.

“It is also possible to reduce vulnerability by increasing public health input, improving the sun protection capacity of buildings and the accessibility of clean drinking water,” she added.