Haiti Earthquake May Have Released 250 Years of Seismic Stress 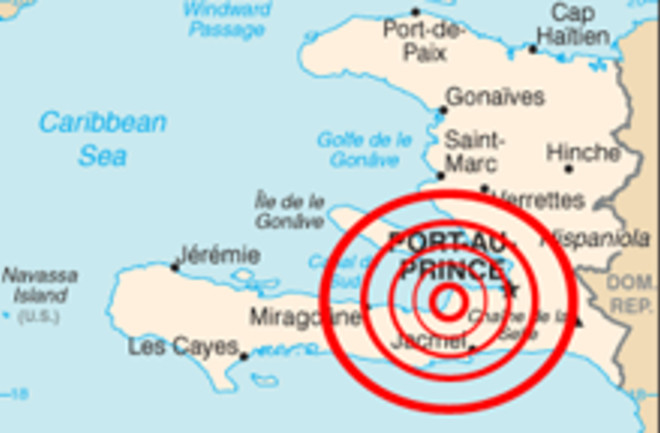 As Haiti reels from yesterday's massive earthquake and its continued aftershocks, and nations rush to put rescue efforts together, scientists analyzing the seismic event say this disaster may have been a long time coming.

The earthquake in Haiti had a preliminary magnitude of 7.0 and it appeared to have occurred along a strike-slip fault, where one side of a vertical fault slips horizontally past the other, scientists say [AP]

. This fault, called the Enriquillo-Plantain Garden fault, may have been slowly building up pressure since the major 1760 earthquake that struck Haiti.

"It's been locked solid for about the last 250 years," said Dr Roger Musson from the British Geological Survey (BGS). "It's been gathering stress all that time as the plates move past each other, and it was really just a matter of time before it released all that energy" [BBC News]

. Chillingly, scientists led by Paul Mann warned just two years ago that such a massive quake could strike Hispaniola, the island Haiti shares with the Dominican Republic. But there wasn't much the impoverished Caribbean nation could do with that information, Mann said:

"The problem with these kinds of strikes is that they can remain quiescent -- dormant -- for hundreds of years," he said Tuesday evening. "So it's hard to predict when they'll occur" [CNN]

. The BBC reports that the fault system of which Enriquillo-Plantain is a part normally moves less than an inch per year as the North American and Caribbean tectonic plates slide by each other, but this earthquake may have caused the earth's surface along the fault line to offset by as much as three feet. The fact that the Enriquillo-Plantain appears to have released all its fury at once raises further worry for people living near strike-slip fault zones—California's San Andres fault also falls under this category. However, Caribbean geology expert Grenville Draper says that the Hispaniola fault system doesn't behave exactly like California's. The movement along the Hispaniola fault

is relatively small compared with plates moving underground in California, Draper said. The effect would be less-frequent earthquakes, but relatively large ones when they do occur [Miami Herald]