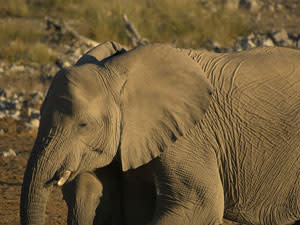 What’s the News: We’ve all probably heard the myth, made popular by Disney’s Dumbo, that elephants are afraid of mice. While that idea may not be exactly true

(video), elephants do make sure to avoid another tiny critter: bees. Knowing this, zoologists from the University of Oxford loaded fences in Kenya with beehives

from eating or trampling farmers’ crops. Now, two years later, the researchers are reporting in the African Journal of Ecology that the novel barriers are working wondrously

and could be a viable option for protecting African croplands. What’s the Context: