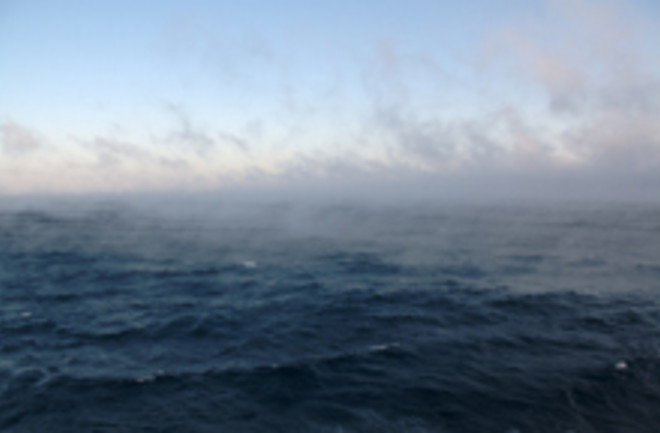 Call it a happy accident: Phytoplankton in tropical areas of the Atlantic Ocean may be helping to break down greenhouse gases. After analyzing data gathered by airplane and in a lab at Cape Verde, a chain of Atlantic islands not far from West Africa, a team of British researchers was pleased but puzzled to find that ozone in the atmosphere near the islands had decreased 50 percent more than climate modelers had predicted. The reason, they think, is that phytoplankton produce chemicals like bromine monoxide and iodine monoxide that get pulled up into the atmosphere by all the water vapor that evaporates in a hot climate like Cape Verde. Once aloft in the low atmosphere, these chemicals can break apart ozone molecules. Not only that, says Alastair Lewis, of the U.K.'s National Centre for Atmospheric Science, but the byproducts of that first chemical reaction then broke down methane, a much worse greenhouse gas than carbon dioxide, into non-harmful components. Ozone is three atoms [strike]molecules[/strike] of oxygen, O3, but some chemicals can break up that trio and steal one oxygen atom, leaving O2, which is just plain old atmospheric oxygen. That's how CFCs harm the ozone layer, and why the Montreal Protocol of 1987 phased them out. The plankton-produced chemical in this study might be destroying ozone in the same way, Lewis says, but helping us instead of hurting. While ozone high up in the ozone layer protects us from the sun's ultraviolet radiation, ozone in the lower atmosphere is a greenhouse gas contributing to global warming. The study brings good news, Lewis says, but he wants to keep it in perspective—if the amount of fossil fuel-created nitrogen oxides coming to the Cape Verde area increased slightly, it could offset this greenhouse reduction. But it's nice to hear some good climate news for a change, however small. And John Plane from the University of Leeds, another study participant, said that ozone destruction over the ocean could be happening in other parts of the world. So this study represents a win and a loss: We still have a long way to go in understanding the working of the atmosphere, but at least somewhere in the world the greenhouse gas concentrations aren't going up. Image: iStockphoto