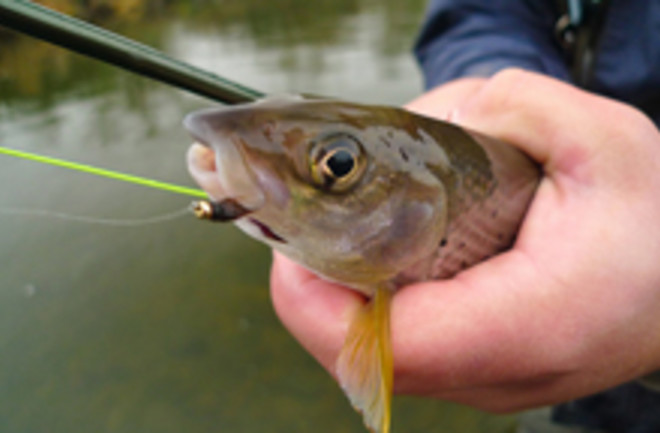 A study that set out to determine the how many of the fish in our nation's streams are contaminated with mercury came back with an ominous answer: quite possibly, all of them. Researchers from the U.S. Geological Survey sampled 34 species of fish at 291 stream sites across the country, and found mercury in every single fish they tested.

“This study shows just how widespread mercury pollution has become in our air, watersheds, and many of our fish in freshwater streams,” U.S. Interior Secretary Ken Salazar said [Los Angeles Times].

A quarter of the fish had mercury levels that are considered unsafe for people who eat fish regularly, according to the Interior Department.

The main source of mercury to most of the streams tested, according to the researchers, is emissions from coal-fired power plants. The mercury released from smokestacks rains down into waterways, where natural processes convert it into methylmercury — a form that allows the toxin to wind its way up the food chain into fish [AP].

But fish with high mercury levels were also found in Western areas that have been mined for gold or mercury. Related Content: 80beats: Where to Put Thousands of Casks of Toxic Mercury? Not in My Backyard. 80beats: FDA Report: Fish Is Good for Brains Despite Mercury Risk DISCOVER: Our Preferred Poison, mercury is everywhere DISCOVER: Do You Really Want to Eat That Tuna? DISCOVER: How to Tell If You’re Poisoning Yourself With Fish