Everything that happens in congress now is assumed to bear on the crazily tight presidential race. So it makes sense that the House Dems just smashed through a compromise off-shore drilling bill, thus undermining a GOP line of attack. And it makes sense that the GOP lampooned it as a "figment of the imagination" (Rep. Don Young, Republican of Alaska). 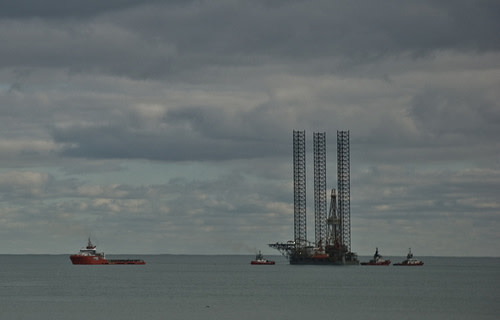 Also predictable: Bush just vowed to veto it. Harder to predict is whether Senate Republicans will filibuster. They've been shouting "Drill baby drill" at conventions. Will they be able to get away with reading from a telephone book on the floor to block a bill that enables oil companies to do just that? Image: flickr/PhillipC