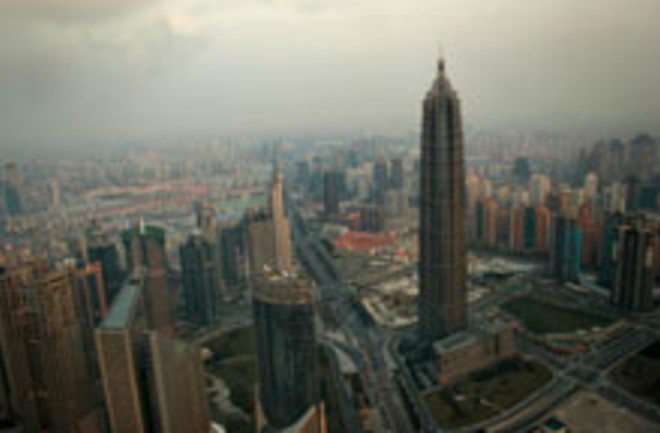 America seems to be more and more linked to Asia--not just by complicated financial ties, but also by currents of air pollution that are boosting smog levels in American skies. For years scientists wondered why some rural areas in the western United States had high levels of ozone, when the areas had very little industry or automobile traffic. The answer, apparently, was blowing in the wind. A new study, published in Nature reveals that springtime ozone levels in western North America are on the rise, because of air pollution coming in from south and east Asia.

The study, led by Owen R. Cooper, an atmospheric scientist at the University of Colorado, examined nearly 100,000 observations two to five miles above ground -- in a region known as the free troposphere -- gathered from aircraft, balloons and ground-based lasers [Los Angeles Times].

This is the area between the stratosphere, that contains a thin layer of ozone to filter out harmful UV rays, and the ground. Researchers found that ozone levels in the monitored area jumped 14 percent between 1995 and 2008.

When data were included for 1984, the year with the lowest average ozone level, the increase from that date up to 2008 was a whopping 29 percent [AFP].

. Researchers say this spike in ozone could make it hard for the United States to stay under pollution limits for ground level air set by the Clean Air Act. Ground-level ozone is also linked to serious health problems, and can cause or aggravate heart and lung conditions. The rising ozone levels in the free troposphere may also have repercussions that go beyond local air quality. In a Nature commentary that accompanied the study, atmospheric chemist Kathy Law wrote that higher ozone levels "certainly have implications for climate change, causing warming either at the mid-latitudes where ozone forms, or in sensitive regions such as the Arctic to which ozone might be transported"