Global Warming Could Make the Ocean a Noisier Place to Live 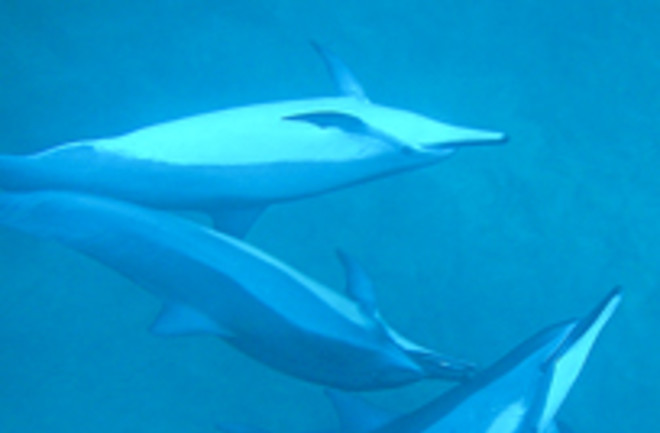 Chalk up another unexpected consequence of pumping too much carbon dioxide into the air: According to a new study, the excess CO2 that ends up in seawater is gradually making the oceans noisier. The changing chemistry of the ocean is one of the major impacts of CO2 emissions. The dissolved gas is changing the pH of the water by making it more acidic, which makes life harder for corals and marine critters with calcium carbonate shells that are corroded by the acidic water. But the new study, published in Nature Geoscience, found that changing the pH of the oceans also reduces the levels of chemicals that absorb sound, like magnesium sulphate and boric acid.

Low-frequency sound in the ocean is produced by natural phenomena such as rain, waves and marine life, and by human activities such as sonar systems, shipping and construction. The sound is absorbed mainly through the viscosity of the water and the presence of certain dissolved chemicals.... But the concentration of chemicals that absorb sound in the oceans has declined as a result of ocean acidification [AFP].

The study found that sound absorption could fall by some 60 percent in high latitudes and deep waters by 2100. The pH change is only affecting sounds in the lower frequency range, and it's not yet clear how that will impact marine mammals like dolphins and whales that use acoustics to find food and mates. Says study coauthor Richard Zeebe:

"If the noise level increases, it can distract species," he said. "If they're trying to identify certain sounds in the ocean important for them for reproduction, feeding or something, and if the background noise is increasing, it could essentially cover certain sounds they depend on. This is a possibility" [Honolulu Star-Bulletin].

Related Content: 80beats: Prepare for a Lobster-Full Future: Acidic Oceans Could Help Some Critters 80beats: Ocean Acidification: Worse Than the Big Problem We Thought It Was 80beats: Oil and Gas Exploration Forces Whales to Speak Up 80beats: Sonar Damage to Dolphins’ Hearing Is Akin to the “Rock-Concert Effect” 80beats: Cacophony in the Oceans May Confuse Whales and Drown Out Their Songs