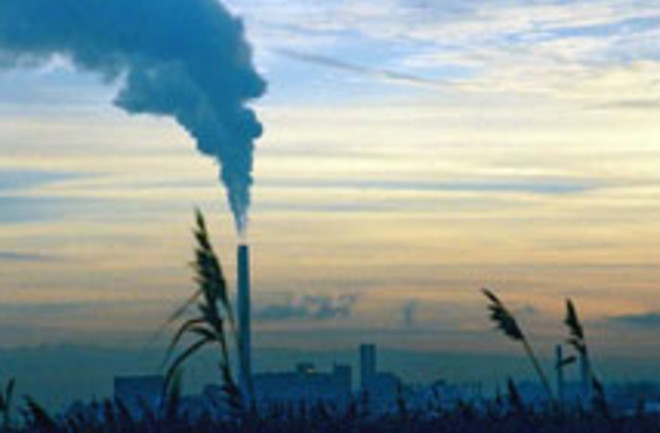 In a national first, a judge in Georgia blocked a proposed coal-fired power plant based on concerns over global warming. The state judge denied the $2 billion power plant's air pollution permit because it didn't set limits for its emission of carbon dioxide.

Both opponents of coal use and the company that wants to build the plant said it was the first time a court decision had linked carbon dioxide to an air pollution permit [The New York Times].

The energy companies plan to appeal the decision to the Georgia Supreme Court, and some experts say the ruling is likely to be overturned. But the Sierra Club, which was one of the plaintiffs in the case, pronounced itself thrilled with the judge's decision.

"We think this is the beginning of the end of conventional coal-fired power plants, because of the enormity of their emissions," said Bruce Nilles, director of the Sierra Club's national campaign against coal. Of the 80 coal plants in the permitting process nationwide, about 30 are in active litigation, Nilles said [Atlanta Journal-Constitution].

The judge based her decision on a U.S. Supreme Court ruling in 2007 that declared that carbon dioxide could be regulated as a pollutant; that 2007 decision also ordered the EPA to determine whether the gas

endangers public health or welfare, the legal criteria to be regulated under the federal Clean Air Act. Citing concerns about the impact of such an action on the U.S. economy, the Bush administration has yet to formally issue that declaration [The Wall Street Journal, subscription required]. The Georgia judge essentially said that the federal government's delay was no excuse for inaction, and said that the state environmental agency must limit all pollutants from the proposed plant.

The construction of new coal-fired power plants has become a flash point in the debates over global warming and energy policy. Several months ago Kansas Governor Kathleen Sebelius blocked the construction of two new coal plants, arguing that global warming is a threat to public health and agriculture. And just last week NASA climate scientist James Hansen called for a moratorium on building new coal power plants if they don't contain cutting edge systems to capture and bury carbon dioxide.