Genetically Modified Tomatoes Can Last 45 Days on the Shelf 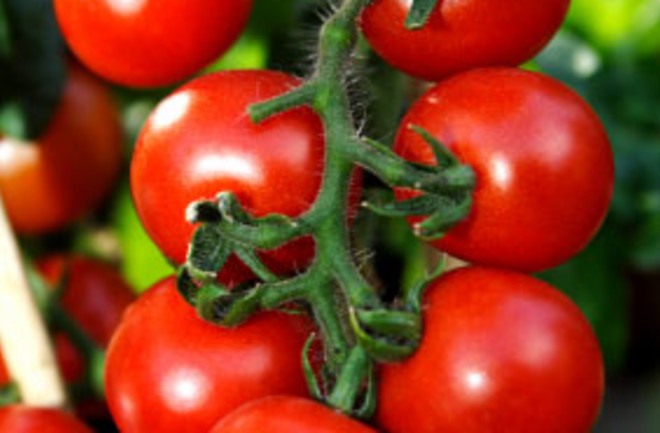 If you were looking to make tomatoes last longer in your kitchen, then researchers in India might have the answer. Scientists at the National Institute of Plant Genome Research (NIPGR) in New Delhi have found that by suppressing two enzymes (alpha-Man and beta-Hex) associated with ripening, they could push tomatoes to last close to 45 days before they turned mushy. Their research was published in the Proceedings of the National Academy of Science journal.

The tomatoes in which the alpha-Man enzyme was suppressed were 2.5 times firmer than conventional tomatoes, while those lacking in beta-Hex were two times firmer [Moneycontrol]. The genetically modified (GM) tomatoes also survived for days without refrigeration, which scientists say is great news for farmers in developing nations; India, for example, loses almost 40 percent of its annual produce of fruits and vegetables to spoilage during transportation.

The genetically-modified tomato would have to pass a series of field trials, including animal safety tests, before it can be considered for commercial cultivation. The NIPGR scientists say the process could take three years, perhaps longer [The Telegraph]. The researchers have also been reported as saying they will consider the same technique to try and make fruits like papayas and bananas last longer. However, GM tomatoes and fruits would likely encounter stiff resistance from consumers who don’t want food they perceive as unnatural in the grocery stores. Also, no word from scientists on how their GM tomatoes taste.