Friday Eye Candy: the Moon and the Terminator 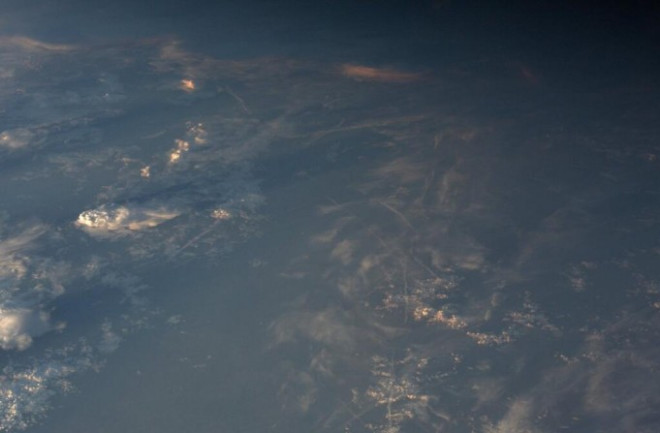 The moon seems to float over the Earth's terminator in this photograph taken by Karen Nyberg from the International Space Station on Aug. 24, 2013. (Photograph: Karen Nyberg/NASA) No need to be looking for Ahhhnold, of course. By "the terminator" in the headline I mean the line separating the sunlit part of the Earth from the nighttime side. And that's the moon floating just above it. I spotted this photograph in astronaut Karen Nyberg's Twitter stream, and I found it so beautiful that I had to share it with you. It is a waning gibbous moon, meaning it is past full, and the illuminated part is greater than the darkened part. Make sure to click on the image to see a larger version. You'll see some white lines in the cloud deck. I'm not sure, but I think those are probably contrails from aircraft.