Natural and false-color satellite views of wildfires in Alaska on July 15th, 2016. (Source: NASA Worldview) After months of record-setting warmth culminating in extremely high temperatures last week, much of Alaska was primed for wildfire. Things had been quiet until then, despite the warmest January through June period in Alaska since 1895. Then the lightning came — with a sudden vengeance: some 45,570 strikes between July 13 and 16th. The result: Flames finally exploded through Alaskan landscapes, with 114 new wildfires resulting in a more-than-100,000-acre increase in the total number of acres burned in Alaska this season, according to the Alaska Division of Forestry. During one day last week, the acreage burned was one-third of the total that has burned during the entire season. As of July 16th, 481 wildfires had burned 299,632 acres of Alaska. It should be said that this burned acreage is way down from last summer's apocalyptic pace. (By the third week of July in 2015, 5 million acres had already burned — an area larger than Connecticut.) But Alaska's wildfire season typically lasts into August. So especially considering the warm conditions — which are forecast to continue well into August — we shouldn't be surprised if the current upsurge continues. The animated gif at the top of this post shows a closeup of several fires burning on Alaska's North Slope on July 15th. The natural color image was acquired by NASA's Terra satellite. The false color image was captured by the Suomi NPP satellite. That second image shows the active burning areas in orange, and burned over areas in dark brown. 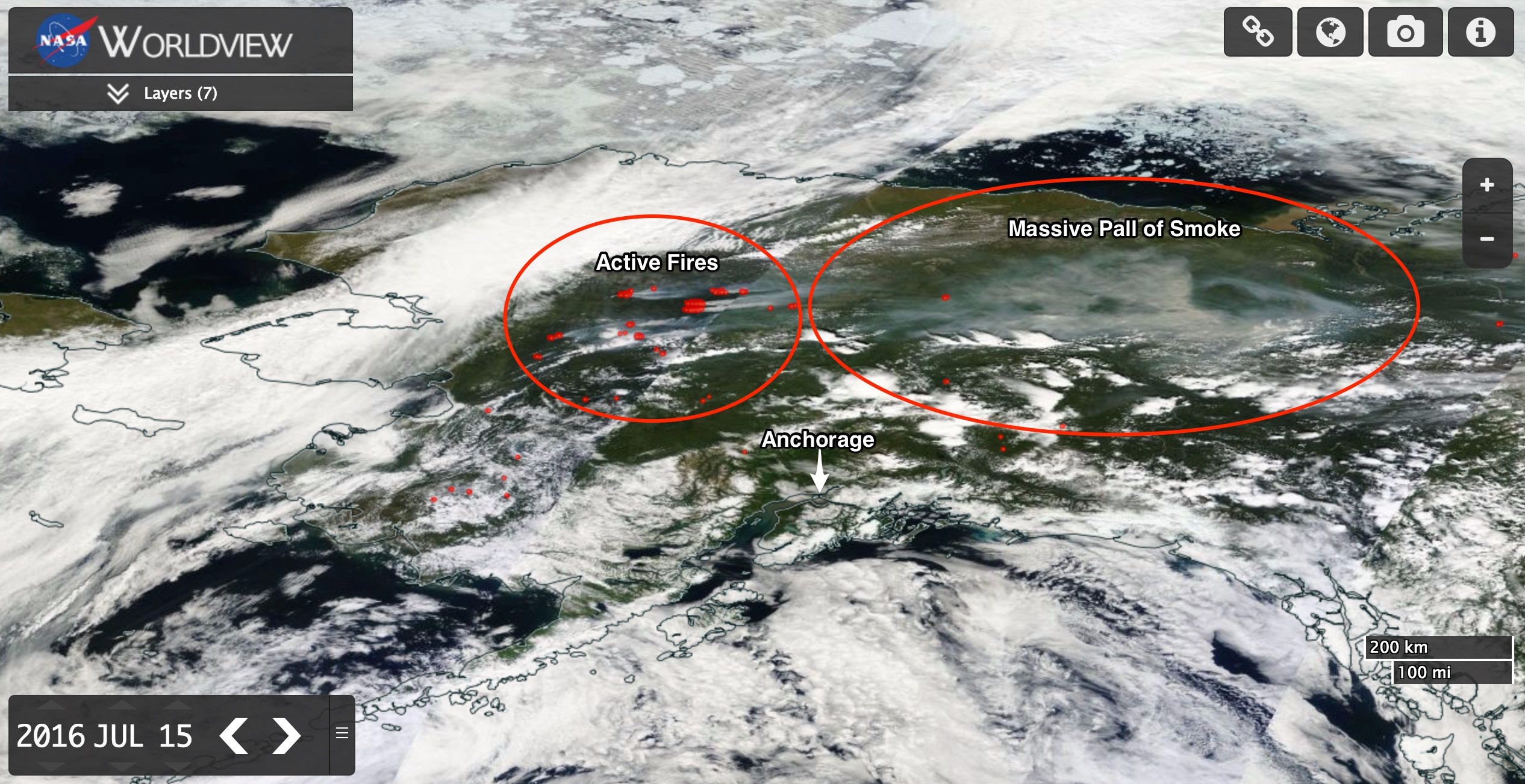 Alaska, as seen by NASA's Aqua satellite on July 15th, 2016. (Source: NASA Worldview) I've annotated the image above to help you get your bearings, and to show plumes of smoke streaming from multiple fires, as well as a huge pall of smoke that blew into Canada. Here's a closer view of that smoke blanket: 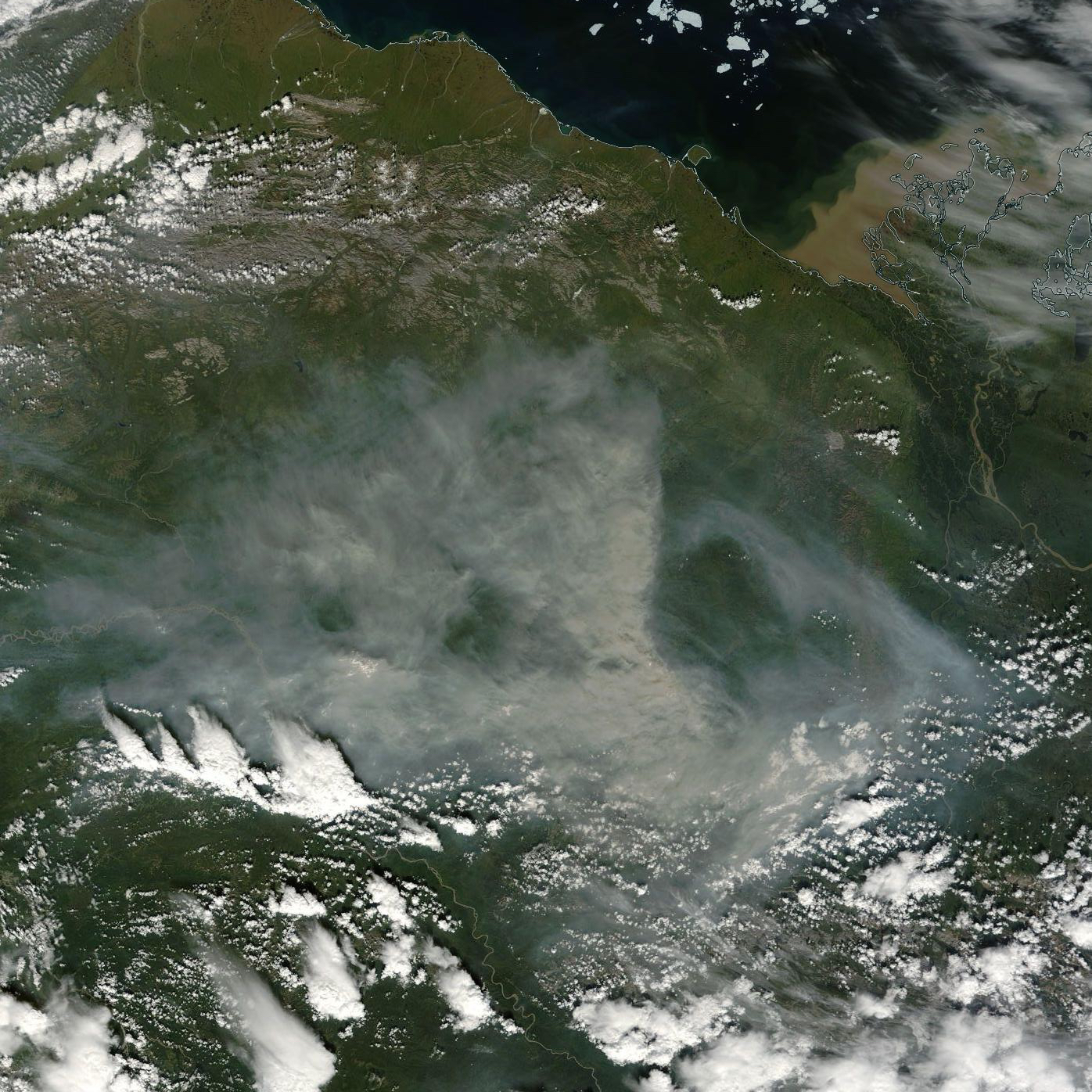 Smoke from Alaskan wildfires, as seen by NASA's Terra satellite on July 15, 2016. (Source: NASA Worldview) According to research by Climate Central, Alaska has warmed more than twice as fast as the rest of the United States. Average temperatures there are now 3 degrees F warmer than they were 60 years ago. This has had significant effects:

Alaska’s wildfire season is about 40 percent longer now than it was in the 1950s. The first wildfires start earlier in the year, and the last wildfires are burning longer into the fall. Overall, the wildfire season has increased more than 35 days and is now more than three months long, running from May through early August.

We'll see whether the current surge in wildfire activity is just the beginning of an extended burning season this year. Let's hope not.