A big-data approach finds the most robust evidence to date that particulate matter kills. 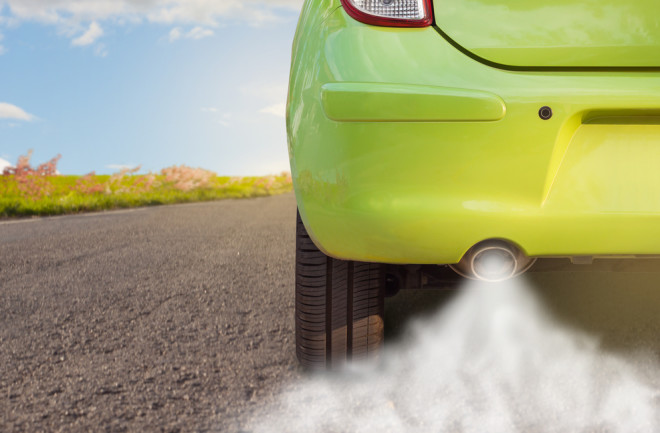 This article appeared in Discover’s annual state of science issue as “Killer Pollution.” Support our science journalism by becoming a subscriber.

Exhaust pipes and power plants spew tiny particles 2.5 microns in diameter or smaller into the air we breathe. Thousands of them could fit on the period at the end of this sentence. And recent studies show that long-term exposure to this fine-particle pollution at levels far below what current EPA standards allow is associated with premature death.

Yet some researchers, including the current chair of the EPA’s Clean Air Scientific Advisory Committee, declined to revise the National Ambient Air Quality Standards (NAAQS) in April. They argued that because the researchers conducting the studies used traditional statistical approaches that rely on assumptions, they failed to show causality.

Harvard University scientists responded by publishing a June Science Advances study that comes as close to showing causality as air pollution researchers can without conducting a randomized controlled trial. Francesca Dominici, senior author and biostatistician at the Harvard T.H. Chan School of Public Health, and her colleagues gathered what is likely the largest air pollution cohort to date, with well over 550 million records. They used more than 20 different government health and pollution databases — including census data, EPA air-monitoring data and claims from 68.5 million Medicare enrollees — to compare heath records with pollution levels over time. They juxtaposed people who were extremely alike in demographics but different in their exposure to pollution across the U.S.

Their work showed that tightening annual EPA air quality standards for fine-particulate matter by about 17 percent — from 12 micrograms to 10 micrograms per cubic meter of air — would save 143,257 lives in one decade. The data overwhelmingly confirm that NAAQS standards for this pollutant are too loose, says Dominici: “I feel pretty strongly that, if the EPA would rely on science, they would have acted very differently.”

Another 2020 study found that a 25 percent decrease of dust particulate matter in West Africa would decrease infant mortality rates in the region by 18 percent. The investigators combined birth data from sub-Saharan African nations with data on dust pollution blowing off the Bodélé Depression in Chad, a giant ancient lakebed that’s now dry and one of the largest sources of natural particulate pollution in the world. If climate change were to cause a 25 percent decrease in rainfall during the region’s dusty season, as some models predict, the authors estimate a resulting 12 percent increase in infant mortality by mid-century due to increased dust.

As a preventative measure, solar-powered irrigation used to dampen Bodélé’s dust could avert 37,000 infant deaths annually, according to the researchers. The idea comes from a similar endeavor at California’s Owens Lake, a dried-up lakebed that the city of Los Angeles waters regularly to reduce its incessant dust. “We looked all around the world for examples of where people have lowered natural sources of pollution leading to better health outcomes,” says Sam Heft-Neal, study author and a Stanford University researcher. “Owens Lake was really the best example that we could find.”

These studies — looking at both human-caused and natural sources of particle pollution — are part of the growing body of evidence that air pollution is widespread and can affect people’s health even at low levels.

Editor's Note: In an earlier version of this story, we reversed the labels on the maps; the amount of PM2.5 has decreased over the past decades. The headline has been updated to reflect the correction.