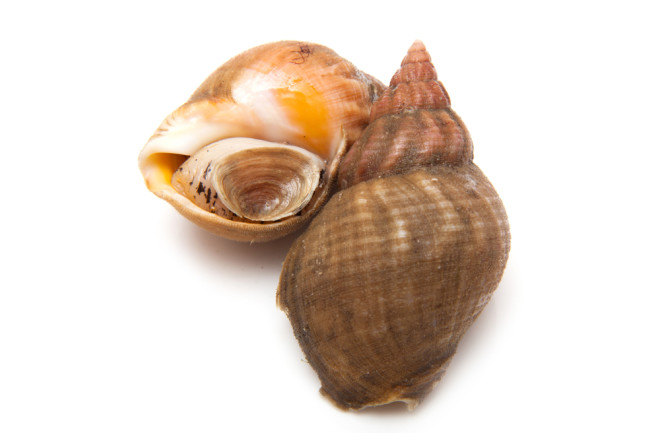 Whelks like these were growing both male and female genitalia after being exposed to toxic TBT. Ships in the 1960s were often coated in a chemical called TBT to prevent sea critters like snails from clinging to the hull. After researchers found that the toxic chemical caused female sea snails to grow penises (alongside equally frightening effects in other species) the stuff was banned in 2008. Now, six years later, things are starting to look up for the snails.

Fed Up With Fouling

Ship builders have long struggled with the problem of fouling, whereby mollusks and barnacles hitch onto a hull, causing boat damage and creating drag that drives up fuel costs. Starting in the 1960s, a chemical called tributyltin (TBT) was painted on ships to keep them free from aquatic hitchhikers. It was toxic and therefore did the trick, as described in a 2002 report [pdf] from the International Maritime Organization:

But as the chemical began to leach off the ships and accumulate in marine environments, especially around shipping ports, scientists started seeing negative effects on aquatic plants and animals. Shellfish and sea snail populations were hit especially hard. Female whelks, for example, started growing penises and vas deferens (the tubes that directs sperm from the testes). This left the snails sterile---a condition called "imposex." In Australia in 2004, for example, between 43 and 100 percent of snails studied were found to be imposex. Dr. Peter Matthiessen, an ecotoxicologist from the UK who has been researching the effects of TBT for the past three decades, told Australia's ABC,

"Really badly contaminated populations were wiped out because the females effectively exploded because they couldn't shed their eggs."

As research on the toxicity of the chemical piled up, starting in the 1980s, discussions about discontinuing its use ramped up as well. Finally in 2001, officials agreed upon a ban on TBT, which took effect in 2008. Since then, whelk populations seem to be recovering. As described in the ABC,

[Queensland marine biologist Scott] Wilson has noticed not only a reduction in the severity of the condition but also some of his study sites are for the first time showing no signs of imposex at all. He has even noticed snail populations occurring in regions where they weren't found before.

The reduction of TBT is good news for other marine invertebrates too, such as crustaceans and sea squirts. Single-sex snails: finally an environmental story to cheer.