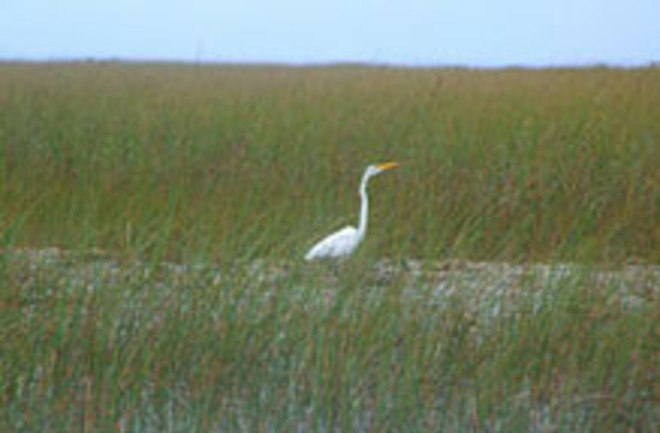 An ambitious, multibillion-dollar effort to restore Florida’s Everglades is floundering due to bureaucratic delays, and the ecosystem may be close to a tipping point, according to a new congressionally mandated report. The longer the project remains stalled, the higher its cost will rise — even as the River of Grass that it’s supposed to rescue declines, the report from the National Research Council says. “If we don’t do something soon, we’re going to lose this really precious resource,” said [report coauthor] William Graf [St. Petersburg Times].

The report criticizes progress on the Comprehensive Everglades Restoration Plan, which was approved by Congress in 2000. The massive effort to restore natural water flow to about 4 million acres of wetlands was originally estimated to cost about $7.8 billion and take 30 years to complete — a price tag that has since ballooned due to rising costs…. The 2000 plan made the federal government and Florida 50-50 partners. To date, the state has committed more than $2 billion and pushed ahead alone with a few projects. Congress has only appropriated several hundred million dollars [AP].

The Everglades are a complex series of ecosystems including grasslands, cypress swamps, and mangrove forests that all rely on South Flordia’s once-abundant water for good health. Over the past century the ecosystem has suffered, as much of that water has been diverted for city use, and large stretches of wetlands have been converted to farmland.

When Florida Governor Charlie Christ announced in June that the state would purchase 187,000 acres from U.S. Sugar Corporation, environmentalists cheered the promise of letting water flow through those acres from Lake Okeechobee at the heart of the Everglades. But with the acquisition’s impact at least a decade away, the report’s authors concluded that it would not be a panacea. “The bottom line,” said Mr. Graf, a professor of geology at the University of South Carolina, “is I don’t think we can wait and see what happens” [The New York Times]. The report calls for a streamlined approval process for restoration projects, and for the federal government to meet its funding commitments.