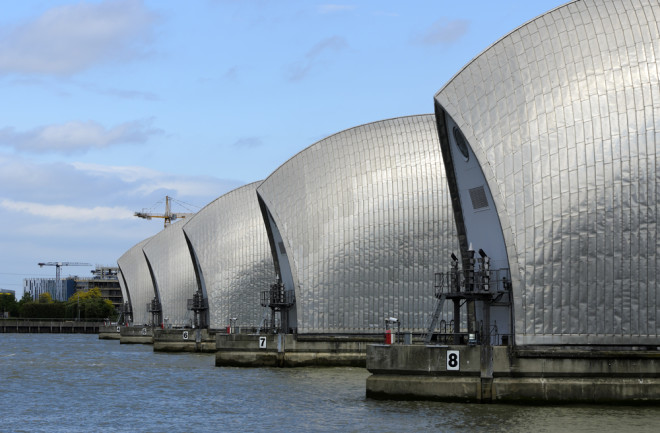 The Thames Barrier in London. | Shutterstock

River floods can have a huge impact on the surrounding lands. Overflows can be harmful not just to local wildlife populations, but to human communities across the globe. Effects from climate change are on the rise, making it more important than ever to understand changes in seasonal flooding patterns. A study recently published in Science looked at data from more than 4,200 observational hydrometric stations in Europe over the past 50 years, and picked out some noticeable patterns.

For example, in northeastern Europe, warmer temperatures mean earlier snowmelts, indicated by warmer colors. In areas around the North Sea and Mediterranean coast, however, later winter storms, indicated by cooler colors, are to blame for flooding.