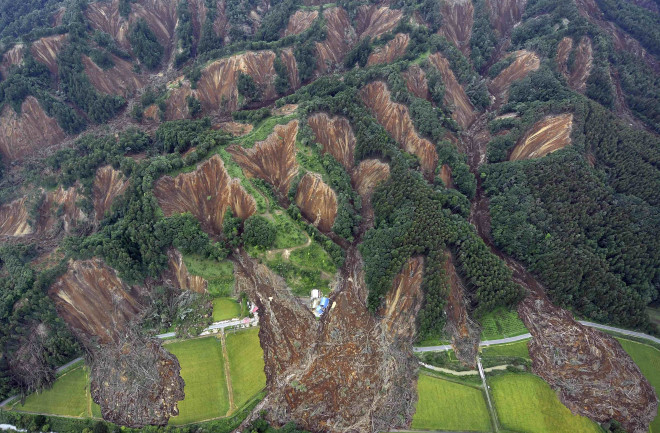 In September, a 6.7-magnitude earthquake struck Japan’s northernmost main island, Hokkaido, including the town of Atsuma. It couldn’t have come at a worse time. Only days before, Typhoon Jebi had soaked the area, where the soil has a loosely structured layer of volcanic ash. The intense precipitation increased the water pressure within the soil, which can trigger landslides, according to Kyoji Sassa, a Kyoto University expert in soil mechanics. Another trigger? Shear stress — the parallel stress applied to a surface — caused by earthquakes. Atsuma experienced both, causing this catastrophic collapse in a matter of hours. The devastation visible throughout this image stretched for several square miles. According to Japan’s Fire and Disaster Management Agency, 41 people died; 36 were in Atsuma.

This story originally appeared in print as "Deadly Combination."