EarthArt: the Flower at the End of the Nile 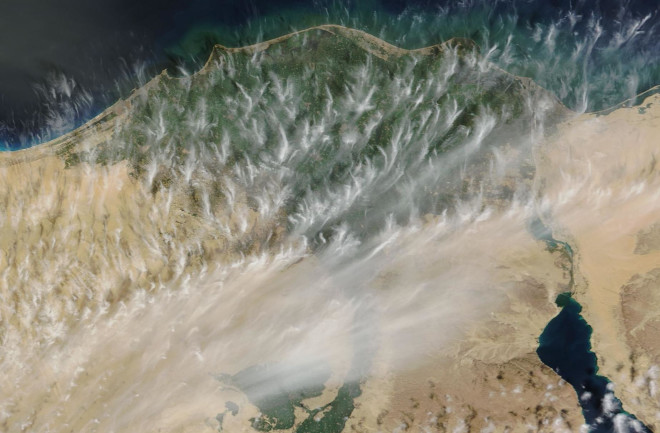 With a filagree of clouds above, the Nile Delta of Egypt fans out toward the Mediterranean in this image captured Thursday by NASA's Terra satellite. (Click on the image for a much larger version.) Rising in the Great Lakes of Africa, the Nile flows more than 4,000 miles north, watering a green valley through the desert and flowering as it approaches the Mediterranean into one of the world's largest deltas. The image was captured on Thursday, February 21 by the the MODIS instrument on the Terra satellite. A feathery filagree of cirrus clouds floats above the delta at high altitude, composed mostly of ice crystals. Find your own EarthArt — not to mention smoke plumes from wildfire, erupting volcanoes, peculiar cloud formations, and the like — using NASA's interactive Worldview site. Exploring the ever-changing face of the Earth like this can be mesmerizing. And even addicting.