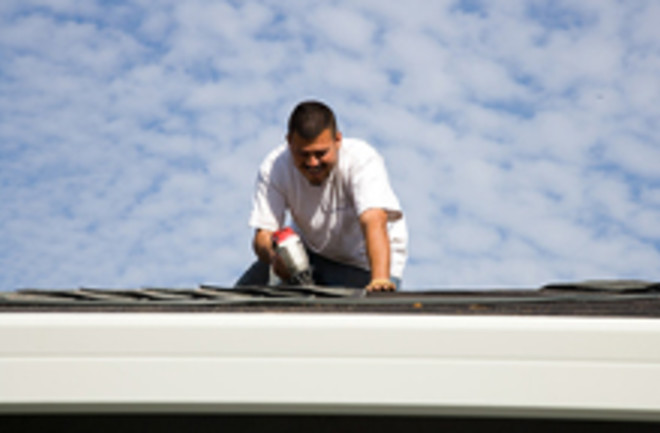 Forget those bulky rooftop solar panels–the hot new thing in solar energy could be rooftop shingles that convert sunlight into electricity, and that blend in seamlessly with the standard asphalt shingles that top most houses. Dow Chemical has announced that it will begin selling its Powerhouse Solar Shingles in limited quantities in 2010, with a full roll-out the following year.

Dow executive Jane Palmieri says the shingle incorporates a low-cost, thin-film photovoltaic cell device for capturing solar energy. Roofing contractors do not need specialized skills to install the product, she said. The cost was estimated by Palmieri at $27,000 for an array of solar shingles to offset 60 percent of a home’s power consumption [AP]. While that may seem pricey, it’s still far below the cost of an equivalent solar panel system.

Dow expects the shingles to catch on with roofing contractors because they can be installed in about 10 hours, compared with 22 to 30 hours for traditional solar panels, reducing the installation costs that make up more than 50 percent of total system prices. The product will be rolled out in North America through partnerships with home builders [Reuters]. The shingles are the first product to come to market from Dow’s developing line of “Building Integrated Photovoltaic” (BIPV) systems, in which power-generating systems are integrated into traditional housing elements. In 2007, Dow received $20 million in funding from the U.S. Department of Energy to work on BIPV technology.