Mark Bittman, the popular food writer for the New York Times, has written a column that is almost beyond parody for its unintentional irony. The only way to fully appreciate his lack of self-awareness is to stop and marvel at numerous passages. Let's start at the top:

Things are bad enough in the food world that we don’t need to resort to hyperbole to be worried or even alarmed.

It's not an exaggeration to say that almost everyone wants to see the labeling of genetically engineered materials contained in their food products.

G.M.O.’s, to date, have neither become a panacea — far from it — nor created Frankenfoods, though by most estimates the evidence is far more damning than it is supportive.

This is completely untrue. If Bittman had wanted to be factual he would have referred NYT readers to credible sources on the state of the science on biotech crops and foods, such as here or here. Instead, he links to a website called the Organic Authority and a post that explains why

This is what is known as laundering untruths.  A bit further down in his current column chock full of unintentional ironies, Bittman muses,"to whom should we be listening? Who speaks with authority?" Please. Bittman knows well that his perch at the NYT is influential and that foodies revere and trust him. Still, he pushes the theme and says that on whom we should be listening to,

When it comes to big issues, the answer is “actual experts,” and it’s almost always “not ourselves.”

Amazingly, he goes on to discuss Dan Kahneman's widely acclaimed 2011 book, "Thinking Fast and Slow," which is about how our decisions and behavior are influenced by "cognitive biases." Yet Bittman gives no indication that he is aware of how utterly biased he is on the issue of genetically modified foods, and how this leads him to scaremonger and communicate false information. This next passage, which betrays his convoluted thinking, is classic:

In matters where you’ve become a true expert, you should trust your intuition. Otherwise, it pays to literally stop and think. When I read a news story like this one, which claims that G.M.O.s are linked to leukemia, I might be scared out of my wits — Americans can’t avoid genetically modified food without a huge effort, and even then there are no guarantees. So are we doomed to years of chemo? Perhaps not: If I sit down and do my homework all I can really say with intelligence is that it’s premature to conclude that ingesting food with genetically engineered ingredients is safe.

I happen to have an expert bullshit detector, so my intuition tells me that Bittman here is either being idiotic or utterly disingenuous. Because if he was intelligent and/or did his homework, he would know that he's as likely to develop leukemia from GMOs as he is from overhead power lines. Secondly, that's not a news story he cites, but a blog post written by the "founder" of a "natural medicine database." If you can find an actual news story written about this latest dubious study on GMOs in a pay-to-play journal, let me know. That Bittman is laundering such a slanted piece of propaganda (that also cites a widely discredited study) under the false banner of news should tell you everything you need to know about his expert sources. Finally, it's worth pointing out again that Bittman started off his column by saying, "we don’t need to resort to hyperbole to be worried or even alarmed." It's a shame he doesn't take his own advice, for near the end, he writes (my emphasis):

As I wrote a few weeks ago, barely a day goes by that someone doesn’t say to me, “There’s nothing I can safely eat.” Many of us are afraid of our food and of the way it’s produced, and to some extent that fear is well founded.

To a great extent, Bittman is irresponsibly spreading that fear (which is not well founded), particularly with respect to genetically modified foods. He also is, as one media biotech watchdog recently put it, "a scourge on science." 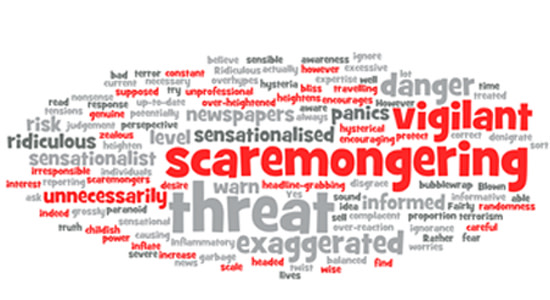