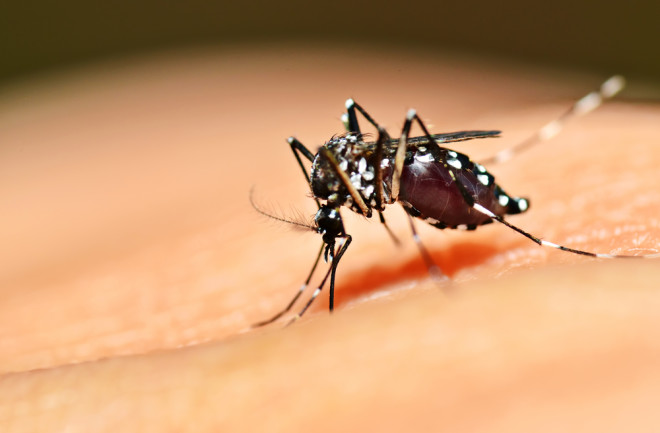 Image courtesy of mrfiza/shutterstockDEET is the mother of all mosquito repellants. Its strong stench keeps bugs at bay by affronting their olfactory systems with an intensely offensive odor. But scientists are now running into a problem with DEET's effectiveness: after three hours the stuff no longer deters buzzing biters. N,N-Diethyl-3-methylbenzamide, a.k.a. DEET, first emerged as a pesticide for crops, but the U.S. military then developed the chemical for use against biting insects in jungle environments during World War II. Available as a spray or a lotion, DEET is still used today to repel flies, ticks and mosquitoes, and to protect against the diseases these bugs can transmit. But now, researchers in London have shown that three hours after Aedes aegyptimosquitoes were exposed to DEET, they seemed to become immune to the smell and were no longer repulsed by it. This species, also known as the yellow fever mosquito, is notorious for spreading tropical diseases. Researchers say the mosquito's loss of sensitivity is a behavioral adaptation, unlike certain species of flies and mosquitoes that have become insensitive to the smell because of a genetic change. Scientists suggest that the mosquitoes may become habituated to the smell and no longer notice it after a while, much like people do. This conclusion is still speculative, though, since the human sense of smell operates very differently from that of a mosquito. The research was published in PLOS ONE on Wednesday.