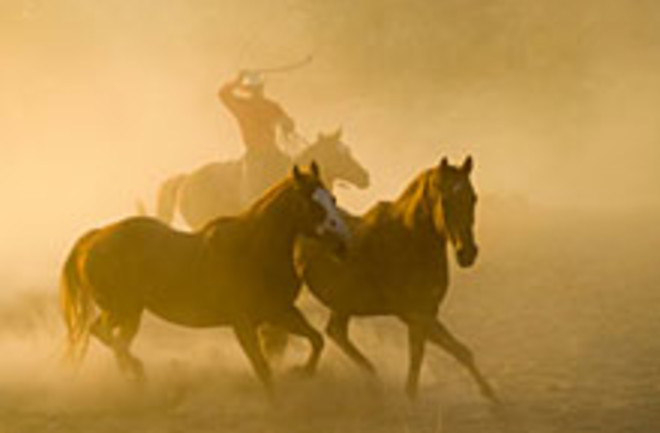 • The hottest country code on teh Internets [sic]: .su—as in, the Soviet Union. Which, in case you somehow forgot, doesn't exist anymore. • Big prizes are spurring a new age in (and at least one blog about) space exploration. Now PETA hopes to do the same with a $1 million prize to the first mad scientists who can "produce commercially viable quantities of in vitro meat at competitive prices by 2012," thereby sparing real animals from becoming meat. Note the stipulation about "commercially viable," you home molecular gastronomists. • University of Nottingham environmental scientists go into the set-building business, constructing a replica 1930's home to see how to cut down on the amount of energy a typical British home wastes. It may sound like play-time, but it's important work: "Gillott said that more than 21m current homes - about 86% of the total - will still be in use in 2050." • Speaking of the 1930's, that's apparently when some future-looking people first came up with the masterstroke of cooking food with the heat of a car's exhaust pipe: It saves a bunch of cooking energy, and "motor tours are much more pleasant when one is assured of a well-prepared meal at the end of the trip." Plus, you can get that natural, smoky flavor. Just kidding on that—presumably you can find a way to isolate the food from noxious exhaust fumes. Presumably.