Disaster! The Most Destructive Volcanic Eruptions in History

Iceland's current eruption may be making headlines, but it's nothing compared to the explosions at Pompeii, Santorini, and Pinatubo in days gone by. 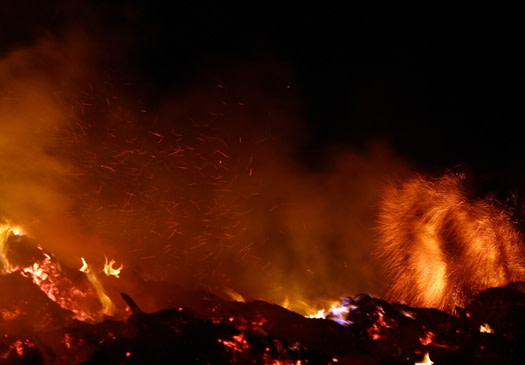 While volcanoes have been forming, spewing, and dying throughout the planet's history, we can only learn about prehistorical eruptions by examining geology. That's what paleontologist Paul Wignall of the University of Leeds did for a study just published in Science. His team found a layer of igneous rock in Southwest China, and used the marine fossils to date it to a huge volcanic eruption 260 million years ago.

They believe this huge blast caused the so-called mid-Permian extinction, which killed off species around the world. While not as catastrophic as the "great dying" 9 million years later that killed up to 96 percent of marine species, this blast certainly shows how that volcanoes are not to be trifled with. 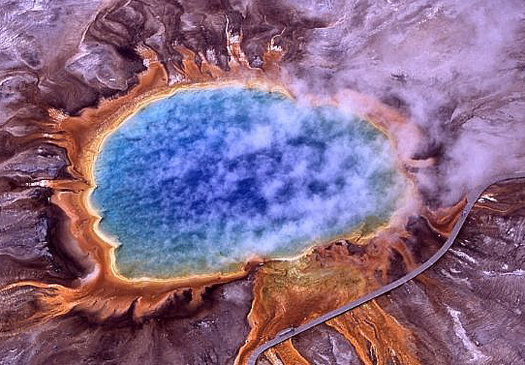 Yellowstone National Park is a geologically active area, with its Old Faithful geyser and hot springs such as the Grand Prismatic Spring, seen here. But Yellowstone has also been home to explosive volcanism, and the regularity of its eruptions is troubling to some.

Their concern is based on three eruptions: a gigantic caldera-forming blast that occurred in the region 2.1 million years ago, another that followed 700,000 years later, and a third 700,000 years after that (which might mean that this old faithful is ready to blow right around now). Just in case Yellowstone awakens again, the U.S. Geological Survey's Yellowstone Volcano Observatory keeps a close eye on the park's volcanic and earthquake activity. 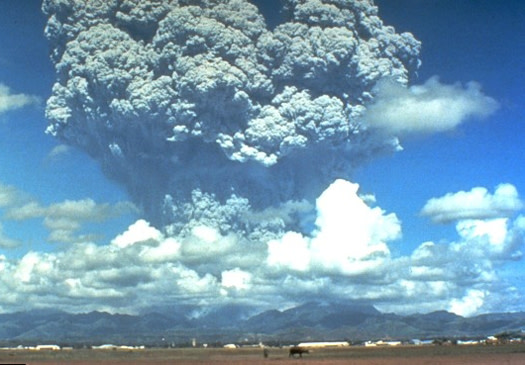 The 1991 blast at Mount Pinatubo in the Philippines killed 800 people, which actually makes it one of the least deadly human-era eruptions on this list. However, the eruption also left 100,000 people became homeless, and caused a half a billion dollars in damage.

Pinatubo also threw 20 million tons of sulfur dioxide into the air, which scientists say was a result of volcanic rock soaking up excess sulfur and other elements underground prior to the actual eruption. Once released, the aerosols obscured part of the incoming sunlight, and caused a global cooling effect that dropped worldwide temperatures by a degree Fahrenheit. 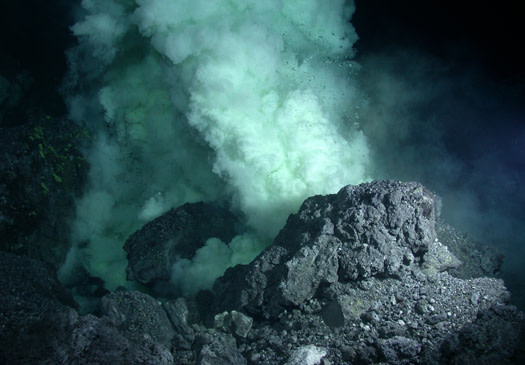 Marine life caught the brunt of volcanism 93 million years ago. While dinosaurs still roamed the land, a surge of undersea eruptions wiped out many of the ocean's species, according to a study last year.

The Earth was already much warmer than it is today, and the sea was thick and sluggish, the study authors say. And when shifting tectonic plates set off a spike of undersea eruptions, the resulting clouds of ash choked off the ocean's oxygen supply. The algae, clams, and other sea creatures that were killed sank to the sea floor and became some of the oil deposits that modern drillers extract today. 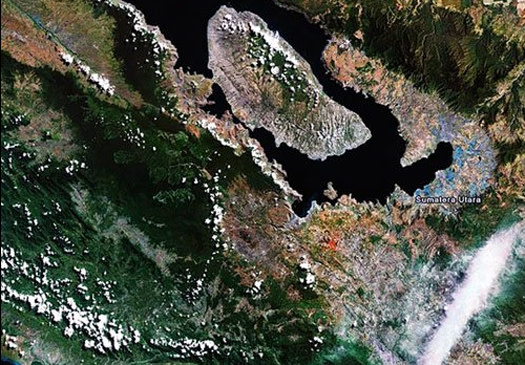 There are no written records of the horror early humans encountered when the volcano in present-day Lake Toba, Indonesia, erupted more than 70,000 years ago. But the blast might have changed the history of our species.

Stanley Ambrose of the University of Illinois believes that the Toba eruption, which spewed up to 3,000 cubic kilometers of material, caused so much death that only about 10,000 adult humans survived, and that all modern humans descend from that tiny population.

His hypothesis hasn't been proven; however, one thing we do know is that Toba is the second-largest known eruption in history. It left behind a giant caldera that formed the largest volcanic lake in the world: Lake Toba, seen here. The largest eruption in modern times, which also occurred in Indonesia, is yet to come on this list. 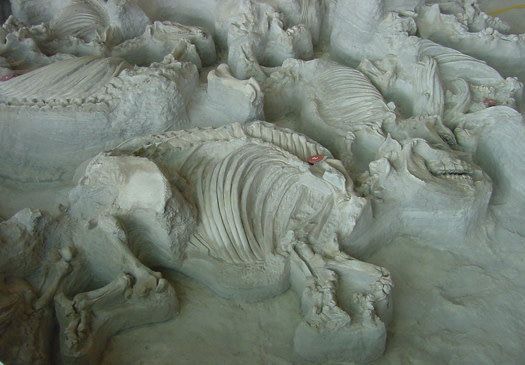 Three-toed horses, ancient camels, and barrel-bellied rhinos are just a few of the species long extinct in North America that paleontologists have found buried together in Nebraska.

The volcano that killed them erupted hundreds of miles away in southern Idaho, spewing a blanket of ash over much of what is now the western U.S. Some of the animals uncovered at Ashfall National Park near Royal, Neb., were killed instantly; others suffocated slowly, as the ash that hung in the air filled their lungs. 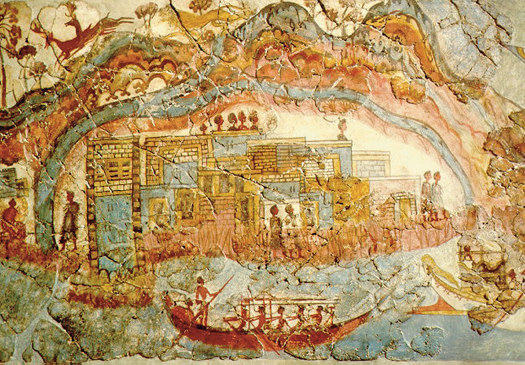 Since humans began recording their history, perhaps no volcano left as big a mark as Santorini in Greece, which erupted more than 3,500 years ago. We know that it buried the Minoan town of Akrotiri, preserving buildings, beautiful mosaics, and winding roads.

But some scientists speculate that the fury of Santorini also sparked some of society's most powerful myths. The eruption could have inspired Plato's story of the lost city of Atlantis. And epidemiologist John Marr has hypothesized that the fallout from the eruption may have poisoned water in the area, causing the disasters that inspired the Bible's ten plagues of Egypt. 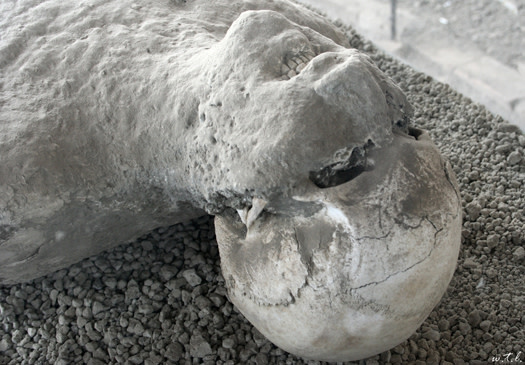 The eruption of Mount Vesuvius buried not just the Roman city of Pompeii, preserving many of its murals and houses, but also Pompeii's neighbor on the Bay of Naples, a city called Herculaneum. The death toll for the blast was estimated to be more than 10,000.

The Roman historian Pliny the Younger recorded the only eyewitness account of Vesuvius's wrath. But remains of the two cities were finally discovered in 18th-century excavations. 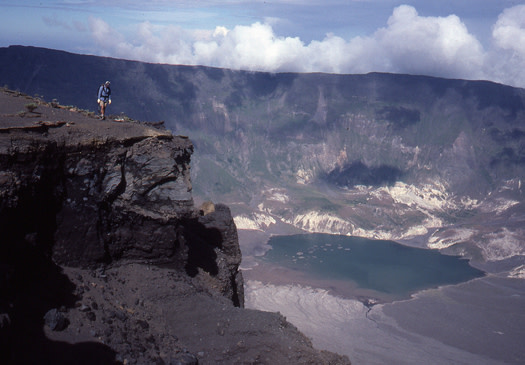 Though many have heard of Vesuvius and the famous ruins of Pompeii, the eruption of Tambora remains less famous in the Western world. But less than 200 years ago, this volcano in the middle of Indonesia burst forth with a fury unseen in recorded history.

One hundred times more powerful than the A.D. 79 eruption of Vesuvius, Tambora belched ash 30 miles into the sky. It was the most powerful eruption in known history, killing 100,000 people. And the 400 million tons of gas it belched out caused a global cold snap, making the next year, 1816, "the year without a summer." 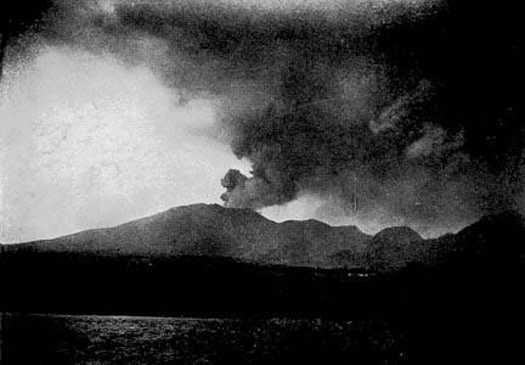 The worst eruption of the 20th century happened in its early days. Back in 1902, St. Pierre was a tourist destination on the French Caribbean island of Martinique, tucked below Mount Pele. Then, on April 23, the volcano awoke. The ground shook, and ash spewed from the top into the town below. To the horror of residents, foot-long centipedes and poisonous snakes invaded the city to escape the eruption.

The governor hastily assured the citizens that the worst was over, and convinced them to stay. He couldn't have been more wrong. On May 8, Pele blew. Gas, ash, and rock barreled into St. Pierre at more than 100 miles per hour. Of the city's 28,000 residents, only two are known to have survived.