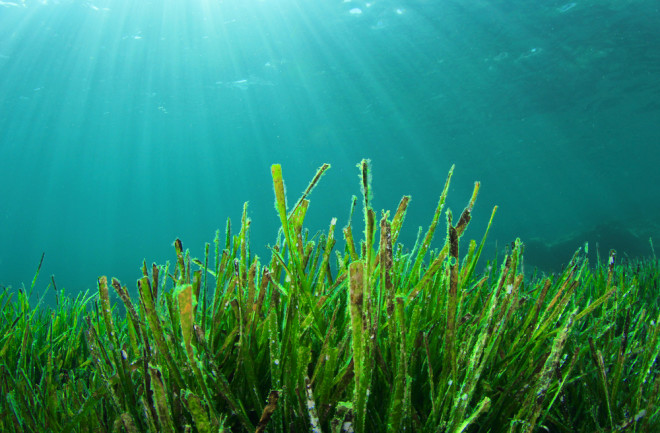 (Credit: Rich Carey/Shutterstock) Seagrass meadows cover an area roughly the size of Switzerland in the deep waters of the Great Barrier Reef lagoon. Now, a new study shows the coastal ecosystems store significant amounts of carbon. The finding suggests deep water seagrass meadows could help mitigate climate change. “If we are to help regain control of our planet’s thermostat and limit global warming, we must capitalize on the powerful ability of natural ecosystems to sequester and store carbon,” Peter Macreadie, a marine scientist at Deakin University in Victoria, Australia, who led the new research, said. “Seagrasses are brilliant in this regard because they lock up carbon in a water grave, thereby retiring carbon from the atmosphere,” he added.

Then the scientists scaled up their measurements. Previous research from another group recently revealed the Great Barrier Reef lagoon’s deep water seagrass meadows encompass an area roughly the size of Switzerland. When Macreadie and colleagues’ matched their carbon estimates to include all of the deepwater grass meadows in the region, they found the area has the capacity to store 30 million tons of carbon, the researchers report in the journal Royal Society Biology Letters. “We went into this thinking that the seagrass would be locking up some carbon, but not this much,” Macreadie said. The team's findings indicate deep water seagrass meadows are major blue carbon sinks and many more may exist around the globe.