A perfect balance of weather conditions drives one of the natural world's most mysterious phenomena. 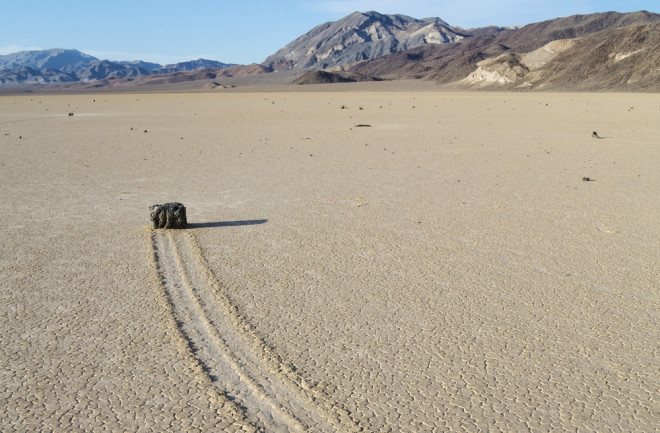 Death Valley National Park is home to a natural wonder that’s baffled scientists for decades: large rocks that mysteriously trudge across a barren lakebed, leaving trails in their wake. In August, researchers announced they had caught the “sailing stones” moving on camera, thus solving the riddle.

According to data collected from a weather station, GPS-embedded rocks and time-lapse photography, a perfect balance of sun, rain, wind and ice sets the rocks in motion. When the sun’s heat broke apart ice that had formed atop a pond, the wind pushed the large, yet thin, sheets of ice into the rocks. Ice accumulated behind the stones, providing the push necessary for the rocks to “sail.”